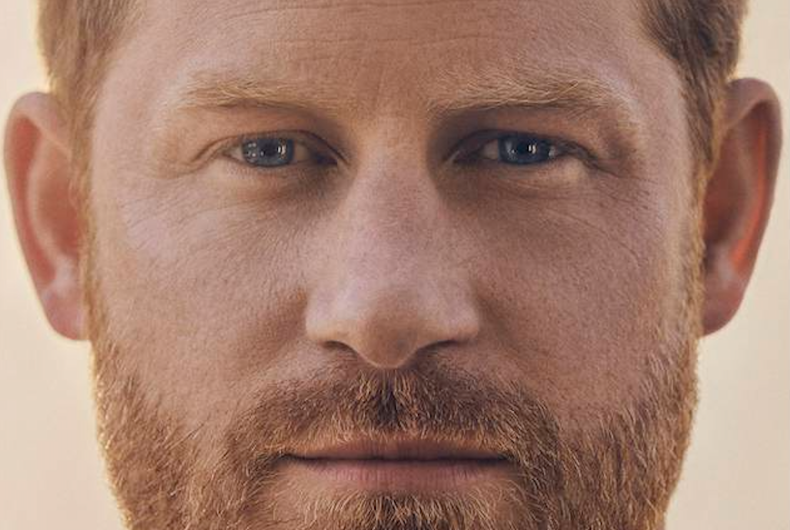 Spare, the much-anticipated memoir from Prince Harry, the Duke of Sussex, is officially out, and it includes some juicy new revelations about King Charles III and Diana’s second son.

Like how Harry’s royal subjects have long questioned the 36-year-old’s sexuality.

“More than once I watched customers read about me, overheard them debating me,” recalls Prince Harry about conversations he was witness to — in lines at the supermarket.

Apparently, Harry does his own shopping.

“I was always tempted to tap them on the shoulder… ‘Ello.”

Harry describes one such encounter with an elderly British couple, who were engaged in a heated debate about the prince with a store cashier.

“I stepped forward, showed my face, cleared my throat: ‘Excuse me. Not sure what’s going on here, but I don’t think you should be speaking to her like that.’”

In 2011, Harry’s brother was weary about making “Harold” — William’s pet name for Harry, formally known as Henry — best man at his wedding. “Willy didn’t want me giving a best-man speech. He didn’t think it was safe to hand me a live mic and put me in a position to go off-script. He wasn’t wrong.”

In a scene that could be mistaken for a gay wedding on Schitt’s Creek, Harry presented William and Catherine with an ermine thong at the reception. “The room let out a collective gasp,” he writes, and then “a warm, gratifying wave of laughter.”

What the wedding guests didn’t know was that Harry was suffering from a severe case of frostbite — where a fur-lined thong could have helped.

After a recent expedition to the North Pole, “Upon arriving home I’d been horrified to discover that my nether regions were frostnipped,” writes the prince, “and while the ears and cheeks were already healing, the todger wasn’t.”

Harry tried applying Elizabeth Arden cream — his mum’s choice for lip gloss — to the problem without success (“Weird’ doesn’t really do the feeling justice”), before overcoming worries that his own willy “would be all over the front pages.”

He found a discreet dermatologist.

Publication of the prince’s memoir comes just weeks after the Netflix debut of Harry & Meghan, the couple’s six-hour tell-all following their withdrawal from royal duties two years ago. The show set a viewership record for a documentary title on the streamer.

Spare publisher Transworld Penguin Random House reported the book is the company’s fastest-selling piece of non-fiction ever, with over 400,000 copies sold.