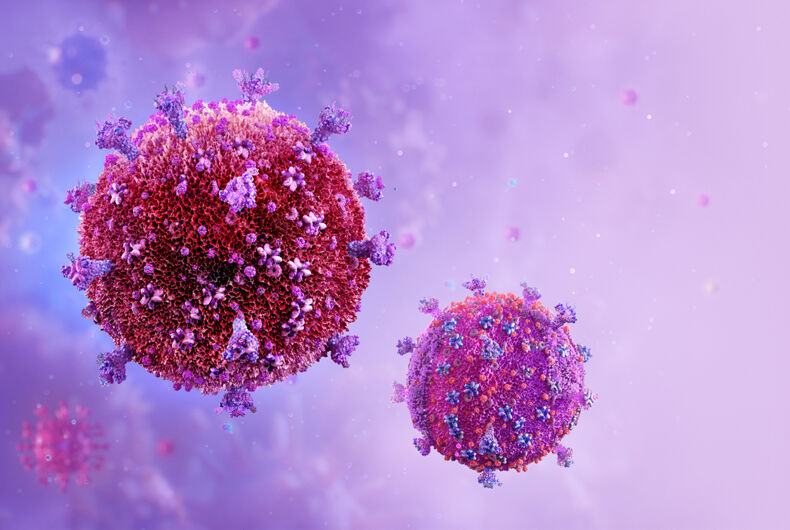 Johnson & Johnson has discontinued a second trial for an HIV vaccine it deemed ineffective at preventing infection. The failure announced Wednesday comes a year after another J&J vaccine trial was shut down after not meeting expectations.

It’s a setback in the 40-year search for a vaccine against what scientists consider a cunning virus.

“It’s not the outcome we had hoped for, unfortunately,” a spokesperson for the National Institute of Allergy and Infectious Diseases (NIAID), a partner in the clinical trial.

“The development of a safe and effective HIV vaccine has been a considerable scientific challenge, but we will learn from this study and continue forward.”

The trial of the vaccine, called Mosaico, began in 2019 and was completed vaccinations in October 2022.

The trial included approximately 3,900 cisgender men and transgender people who have sex with men, considered populations most at risk of acquiring infection. The study took place at over 50 sites in Argentina, Brazil, Italy, Mexico, Peru, Poland, Puerto Rico, Spain, and the United States. Individuals on PrEP were ineligible for the study.

An analysis “based on the data available to date indicated that the regimen does not protect against HIV and the study is not expected to meet its primary endpoint. No safety issues with the vaccine regimen were identified,” the company said in a statement. Notifications to study participants were underway.

In August 2021, another J&J vaccine candidate with a similar investigational regimen, called Imbokodo, was found to not provide sufficient protection against HIV in a population of young women in sub-Saharan Africa.

“We are disappointed with this outcome and stand in solidarity with the people and communities vulnerable to and affected by HIV,” said Dr. Penny Heaton, who leads the vaccine effort for J&J subsidiary Janssen Research & Development, LLC. “Though there have been significant advances in prevention since the beginning of the global epidemic, 1.5 million people acquired HIV in 2021 alone, underscoring the high unmet need for new options and why we have long worked to tackle this global health challenge.”

Additional HIV vaccine candidates from Moderna, the HIV Vaccine Trials Network, and NIAID, among others, are currently under trial.

Do you know the Safeword? Say it