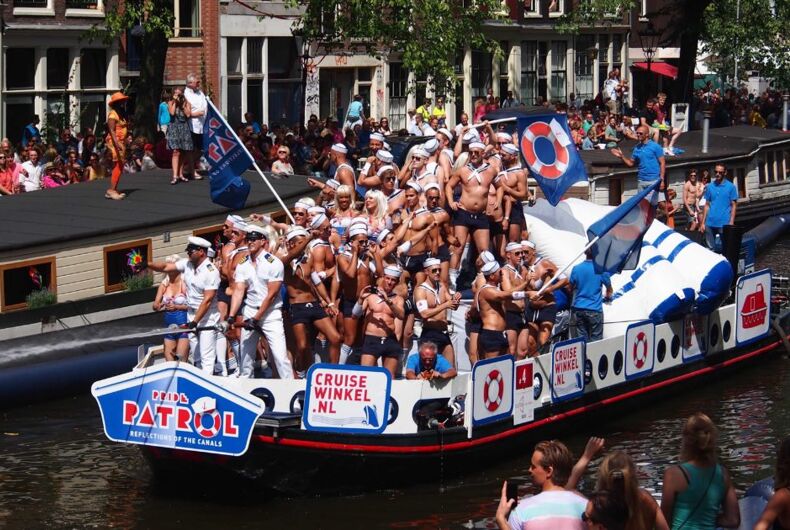 Dutch lawmakers voted Tuesday to expand Article 1 of the Constitution of the Kingdom of the Netherlands to explicitly include bans on discrimination based on sexual orientation and disability.

As NL Times reports, the proposition is the result of a years-long initiative by the coalition party D66 and left-wing opposition parties PvdA and GroenLinks. Following the Dutch Senate’s Tuesday vote, which passed the proposal in a 56­–15 vote, it now only needs to be signed by King Willem-Alexander and the responsible minister before being published in the Staatscourant, the official government publication that formally announces new laws.

Article 1 of the Dutch Constitution already states that citizens of the Netherlands “shall be treated equally in equal circumstances,” and includes protections based on “religion, belief, political opinion, race, or sex.” It also states that discrimination “on any other grounds whatsoever shall not be permitted.”

But Dutch LGBTQ+ advocacy organization COC Nederlands, which has advocated for enshrining LGBTQ+ right in the constitution since 2004, said that the explicit mention of sexual orientation is an important moment for the rights of people who identify with diverse genders and sexualities. The group called this a “historic victory for the rainbow community.”

“LGBTI rights are finally proudly mentioned in Article 1 and are no longer hidden,” Astrid Oosenbrug, COC Nederland chair, said. “And being enshrined in the Constitution is a guarantee that we will still be able to enjoy our hard-won rights in fifty or a hundred years’ time. That we will still be able to marry, raise children, and be protected against discrimination. Even if the political or social winds unexpectedly shift against the rainbow community.”

“A disability, or who you fall in love with, should never be a reason to be excluded,” said PvdA member Habtamu de Hoop.

Soffer added that the amendment is “badly needed” because people who live with disabilities often experience discrimination and exclusion. “The government is given an additional task to permanently improve and strengthen the position of people with a disability. Not only in legislation, but also in practice.”