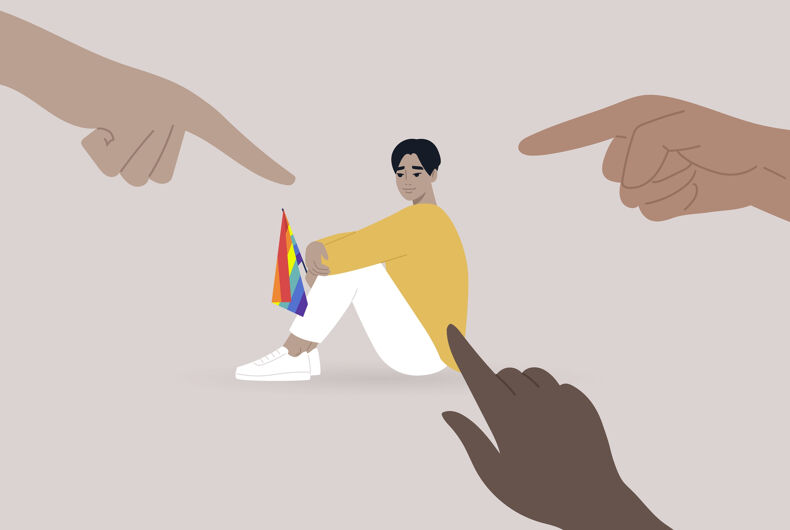 Married couple Tim Jeurninck and Marco Scatena have been awarded almost $150,000 after suing their former employer, a London restaurant, for anti-LGBTQ+ discrimination.

According to a report from the Daily Mail, the couple told the court they had been “bullied for months on end” and endured “constant slurs” from colleagues at the Italian restaurant Piatto.

Scatena was even a part-owner of the business. He said he never received a dividend payment and was constantly harassed and threatened by the other three directors, who also baselessly accused him of stealing from the cash register.

In fact, a series of WhatsApp messages between the other three directors revealed them discussing a way to set up a “nice trap” so they could “speed up the process to kick him out.”

The conversation was sent to Scatena by one of the directors and caused such a severe panic attack that Scatena had to go on sick leave. He was not paid for that time.

A panel reportedly determined there was “more than enough evidence” that they had tried to force Scatena out of the restaurant because he was gay.

“It would be perverse to find otherwise,” said employment Judge Alexander Green.

The couple said the restaurant’s leaders (and one of their friends) referred to Jeruninck as a “waitress” on more than one occasion and also called him a fa**ot, as well as other slurs on a regular basis. When he asked them to stop, they would laugh.

One of the directors also threatened Jeruninck by saying his family is in the mafia and could kill him and hurt his husband’s family.

Jeruninck ultimately quit when he had not been paid in months. A few months later, Scatena resigned as well.

“Mr. Jeurninck and Mr. Scatena have established they suffered from unwanted conduct as a result of their sexual orientation, which had the purpose of violating their dignity or creating an intimidating, hostile, degrading, humiliating, or offensive environment for them,” Judge Green said.

‘They were quite clearly deeply offended and threatened by the behavior. They have established that they were harassed because of their sexual orientation.”