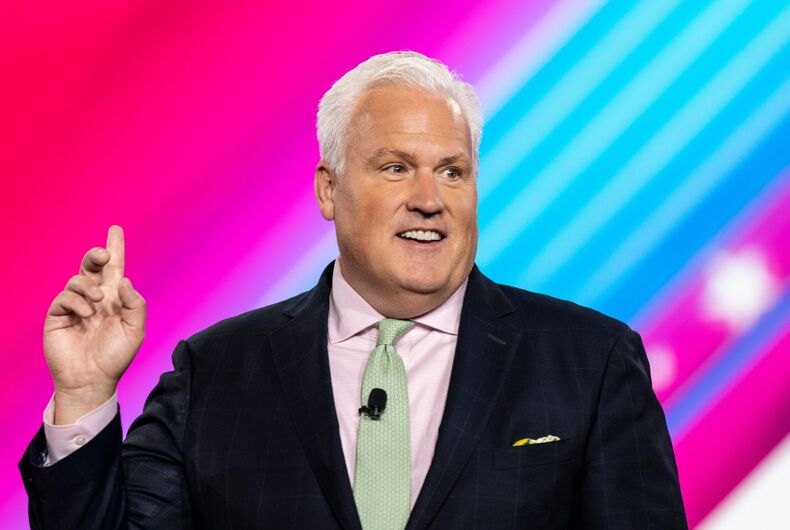 “This anonymous complaint demonstrates the accuser’s real agenda, working in concert with Daily Beast to attack and harm the Schlapp family,” declares a statement from Schlapp’s lawyer, Charlie Spies, that was posted to Schlapp’s Twitter account.

“The complaint is false, and the Schlapp family is suffering unbearable pain and stress due to the false allegation from an anonymous individual. No family should ever go through this, and the Schlapps and their legal team are assessing counter-lawsuit options.”

Schlapp is the chair of the American Conservative Union (ACU), as well as the lead organizer for the far-right Conservative Political Action Conference (CPAC).

In early January, a male staffer who worked for Herschel Walker’s failed Senate campaign accused Schlapp of groping him without his consent.

The staffer alleged to The Daily Beast that on October 19 Schlapp – who had come to Atlanta for a Walker campaign event – sexually assaulted him while he was driving Schlapp back to his hotel from a bar.

The staffer – who has so far remained anonymous – said Schlapp “groped” and “fondled” his genitals in the car and that his actions were “sustained and unwanted and unsolicited.”

During the incident with Schlapp in the car, the staffer said he was in shock and frozen, but when Schlapp subsequently invited him up to his hotel room, he said no and fled.

The same night, after Schlapp called the staffer to confirm he would still drive him to an event the following day, the staffer said he “broke down” and proceeded to record videos explaining what happened.

“Matt Schlapp of the CPAC grabbed my junk and pummeled it at length, and I’m sitting there thinking what the hell is going on, that this person is literally doing this to me,” he said in one of the videos, according to The Daily Beast.

When Schlapp showed up for the ride the next day, the staffer said he couldn’t do it. He called a senior official with the campaign, who he said was “horrified” and that he should not drive Schlapp. The campaign official also told the staffer to tell Schlapp in writing that he made him uncomfortable.

The staffer shared his text exchange with Schlapp with the Daily Beast. After he told Schlapp he made him uncomfortable, Schlapp repeatedly begged him to call, but the staffer never did.

An official from Walker’s campaign confirmed the staffer’s story and said the campaign had helped the staffer seek legal counsel after the incident.

The staffer said Walker’s campaign was extremely supportive and gave him “complete autonomy” over whether he wanted to press charges. At the time, he was afraid doing so would affect his career as well as contribute to the “circus of scandals” that led to the downfall of Walker’s campaign.

The lawsuit filed by the anonymous staffer also accuses Schlapp’s wife, Mercedes Schlapp, of defamation and conspiracy to discredit the accuser. Mercedes Schlapp was also the White House director of strategic communications under President Donald Trump.

The lawsuit is reportedly seeking over nine million dollars in damages and also accuses Schlapp himself of defamation, claiming he told his neighbors the staffer was a “troubled individual.”