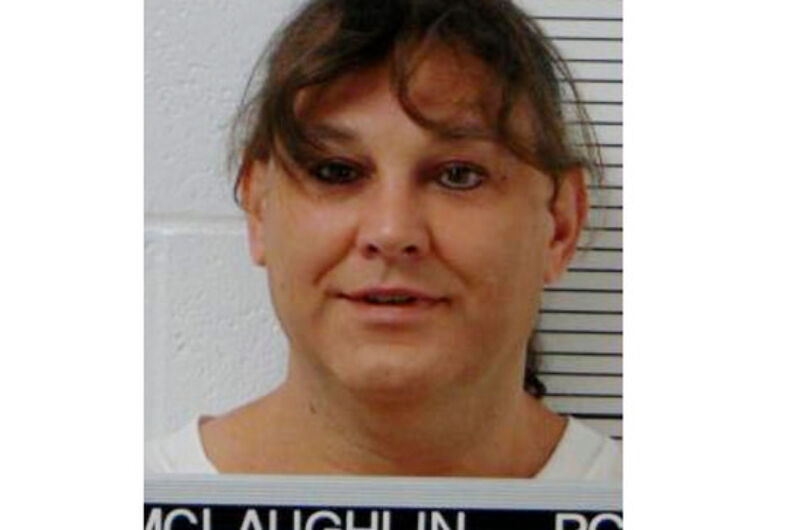 The first transgender person to be executed in the U.S. died by lethal injection yesterday.

Amber McLaughlin was executed yesterday at 6:51 p.m. at the Eastern Reception, Diagnostic and Correctional Center in Bonne Terre, Missouri.

In 2006, McLaughlin was convicted of first-degree murder in the rape and stabbing death of Beverly Guenther in 2003. The two were in a relationship at the time that ended with Guenther getting a restraining order against McLaughlin.

Police would later find a broken knife handle near Guenther’s car and a trail of blood. Her neighbors said that she never returned home on November 20, 2003. McLaughlin later showed police where she dumped Guenther’s body near the Mississippi River.

“I am sorry for what I did,” she said in a final statement. “I am a loving and caring person.”

“McLaughlin is a violent criminal,” Gov. Mike Parson (R) said in a statement. “Ms. Guenther’s family and loved ones deserve peace. The State of Missouri will carry out McLaughlin’s sentence according to the Court’s order and deliver justice.”

According to the AP, the clemency petition details the trauma McLaughlin experienced as a child, including being tased by her adoptive father, having feces rubbed in her face by a foster parent, and multiple suicide attempts.

Her house was known by her friends as the “house of horrors,” and her parents kept the kitchen cabinets and refrigerator locked. She also suffered from fetal alcohol syndrome.

The clemency petition says she “never had a chance” and “was failed by the institutions, individuals, and interventions that should have protected her.”

The petition also cited her “genuine remorse” for the crime and said she “remains tormented” by what happened.

In the petition, McLaughlin’s lawyers argued that the jury’s inability to decide McLaughlin’s sentence was another reason she should be granted clemency. It was ultimately a judge who sentenced her after a jury could not agree on whether to give her life in prison or the death penalty.

“The death sentence now being considered does not come from the conscience of the community — but from a single judge,” the clemency petition declared.

McLaughlin transitioned after the murder while in prison and started hormone therapy in 2018 after another inmate – Jessica Hicklin – sued the Missouri Corrections Department to start her hormone therapy. The state previously didn’t allow inmates to start hormone therapy while incarcerated.

Meet the four new LGBTQ+ members of the U.S. House