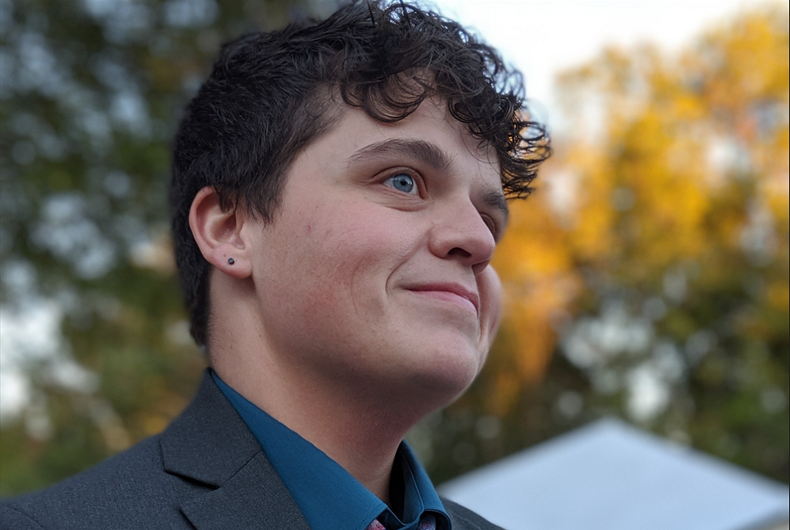 “I love my job, I love what I do and that I get to work in service of the public good,” said Micha Rich, the lead plaintiff in the lawsuit, Rich v. Georgia. He works for the Georgia Department of Audits and Accounts. “But my employer should not be able to deny me health care because of who I am. For years, I had to put off living my life fully while I waited to have the medical treatments that my doctors and I knew I needed.”

The lawsuit says that Rich has been living as a man for years and that his therapist believes he needs gender-affirming surgery. But when a surgeon he found tried to get pre-authorized by SHBP for his surgery so that the procedure would be covered, she was denied. SHBP sent a letter that specifically said that “sex transformation operations and related services” weren’t covered by the plan.

Even though it’s likely the surgery would have been covered if it was for another purpose, because Rich is transgender he was denied.

He eventually had surgery and had to go into debt – and eventually file for bankruptcy – to pay the $11,200 bill.

He was also told recently that his testosterone would no longer be covered by his insurance, even though he’s been on T since 2018.

Benjamin Johnson, another plaintiff, works as a media clerk in the Bibb County School District. SHBP denied preauthorization for his top surgery as well, citing the same exclusion for gender-affirming care. He eventually dropped the plan and got insurance through an insurance exchange.

Two other plaintiffs are identified only as John and Jane Doe in the complaint. Jane Doe works for the state and her son John Doe is covered under her health care. His surgery was denied preauthorization but Blue Cross Blue Shield, which operates their plan, refused to even send a denial letter so they could appeal.

The Does went into debt to pay for the surgery and the mother said that it was “well worth it” because her son “became a totally new person” who is now “proud of his body” and “happier, more confident, and more social than ever before.”

“Receiving top surgery was one of the best things I ever did for myself,” the son says in the complaint. “I find myself better in all aspects of my life.”

“Had I not gotten top surgery, I think I would be the same depressed, consistently misgendered, insecure guy I was before.”

“Time and again, courts have ruled that denying health care to people because they are transgender is not only clearly wrong — it is also clearly illegal,” Transgender Legal Defense and Education Fund (TLDEF) legal director David Brown said in a statement. The TLDEF is helping to represent the plaintiffs in the case. “We had a landmark victory on this exact question just a few months ago, and we are confident that the courts will once again come to the right decision — that there is no room for discrimination in Georgia.”

He was referring to Lange v. Houston County, where a federal judge ruled that a transgender sheriff’s deputy in Georgia was entitled to equal health care coverage.