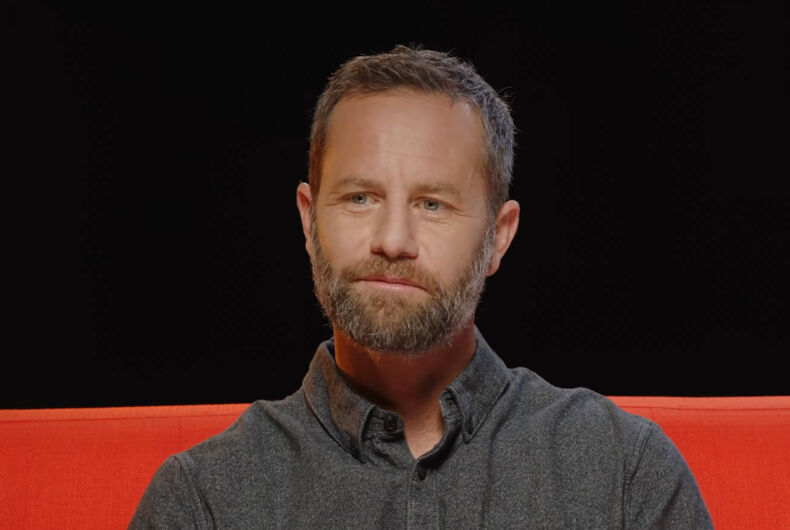 Former teen actor and Christian conservative activist Kirk Cameron has a new children’s book out, but public libraries passed on his offer to host story-time events reading his children’s book As You Grow, which he described as “a book that teaches biblical wisdom.”

The Growing Pains star and brother of Candace Cameron Bure says that more than 50 public libraries across the U.S. have told his publisher, Brave Books, that they’re not interested in hosting his events. No library has agreed to host an event for his book.

Speaking to Fox News, Cameron and his publisher blasted the libraries for hosting LGBTQ+ programs but not his events.

“This is proof that more than ever, we are getting destroyed in the battle for the hearts and minds of our children,” Cameron said.

“Publicly funded libraries are green-lighting ‘gender marker and name change clinics’ while denying a story time that would involve the reading of a book that teaches biblical wisdom. How much more clear can it get?” he continued.

“We have to start fighting back, or we will lose our kids and this country,” he said.

Brave Books, a publisher of “conservative children’s books” which describes itself as “the antidote to woke culture lies,” shared rejection emails from the libraries with Fox News. A representative for the Indianapolis Public Library said that they were focused on booking authors of color and promoting racial equality. The Rochambeau Public Library in Providence, Rhode Island, told the publisher, “We are a very queer-friendly library. Our messaging does not align.”

“As Bibles are literally being removed from schools and libraries — and as Christianity, and faith, and the Ten Commandments are being taken out of schools and replaced with toxic ideas like transgenderism, CRT, and the 1619 Project, I’m looking to fight back,” Cameron said.

Brave Books said that public libraries have “become indoctrination centers that refuse to allow biblical wisdom to be taught to our children.”

Cameron, who supported former president Donald Trump in 2016, made headlines in 2012 for anti-LGBTQ+ comments he made on CNN’s Piers Morgan Tonight. “I think that it’s unnatural,” he said. “I think that it’s detrimental and ultimately destructive to so many of the foundations of civilization.”

Asked for his thoughts on same-sex marriage, Cameron said, “One man, one woman for life till death do you part. … So, do I support the idea of gay marriage? No, I don’t.”

At a time when LGBTQ+ books are being increasingly challenged and removed from school and public library shelves, Cameron and his publisher say that “for every purchase made at bravebooks.us, we will donate a book to a library near you from our Freedom Island [children’s book] series that teaches pro-God and pro-family values.”

My wife & I decided to get pregnant in secret. Here’s how we did it