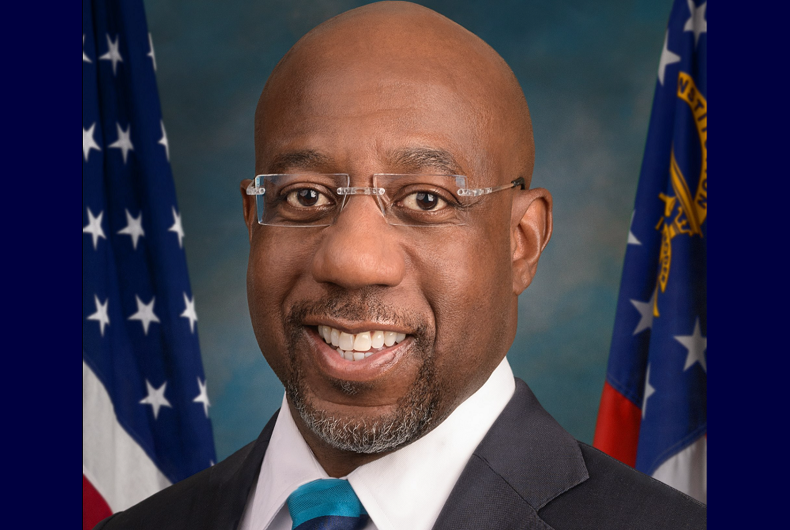 Sen. Rev. Raphael Warnock (D-GA) has been declared the winner of the U.S. Senate race in Georgia over former NFL player Herschel Walker. Warnock has 51.4% of the vote with 99% of precincts reporting.

This means that Democrats gained a seat in the midterm elections, getting control of 51 seats.

After CNN declared him the winner, he said that he is honored to “utter the four most powerful words ever spoken in a democracy… the people have spoken.”

“I’m proud of the bipartisan work I’ve done, and I intend to do more because I actually believe that at the end of the day, we’re all Americans,” he said.

While Democrats would have controlled the Senate with or without his win – Vice President Kamala Harris casts the tie-breaking vote in the Senate – it has several implications for Democrats in the Senate. First, passing Democratic initiatives will become easier since conservative Democrats like Senators Kyrsten Sinema (D-AZ) and Joe Manchin (D-WV) will have to work in concert to thwart legislation. Either of them voting with their party means the other’s opposition to legislation can be ignored.

Second, Democrats’ majority is more solid and will remain in place if a Democrat resigns or passes away. Democrats will have an easier job holding on to the majority in the next two Senate elections.

Third, Harris won’t have to spend as much time in D.C. casting tie-breaking votes and can represent the Biden administration away from the capital both domestically and abroad.

Democrats will still have a harder time passing legislation over the next two years since Republicans gained control of the House.

Walker’s campaign was plagued with controversy as more and more women came forward with accusations that he fathered their children but didn’t raise them, that he paid for or pressured them to get abortions, and that he was abusive towards them. Walker denied all the accusations made this year as part of a vast Democratic conspiracy against him – with some of his supporters suggesting Satan was behind the accusations – but he didn’t deny his ex-wife’s accusations of threats and abuse, saying that he didn’t remember hurting her.

He also heavily relied on anti-LGBTQ+ sentiment in his campaign, attacking transgender people in ads and on the campaign trail. One of his ads denounced transgender girls participating in school sports, an issue that’s unlikely to come before the U.S. Senate, and he mocked transgender members of the armed forces even though he never served in the military himself.

“I’ll tell you the definition of a man and a woman, because it’s in the Bible,” he said. “A man and a woman are two different people,” adding that men can’t get pregnant.

“Pronouns? What’s a pronoun? I can tell you, a grenade don’t care about their pronouns,” he said.

Warnock supported LGBTQ+ equality, getting a score of 88 on HRC’s Congressional Scorecard (he was docked points for not cosponsoring several pieces of legislation that didn’t pass).

His website declared him “a proud ally of the LGBTQ+ community” and acknowledged some of his achievements in his first two years in the Senate, like cosponsoring the Equality Act and pushing “to ban discriminatory federal practices that stop trans people from serving in our armed forces.”