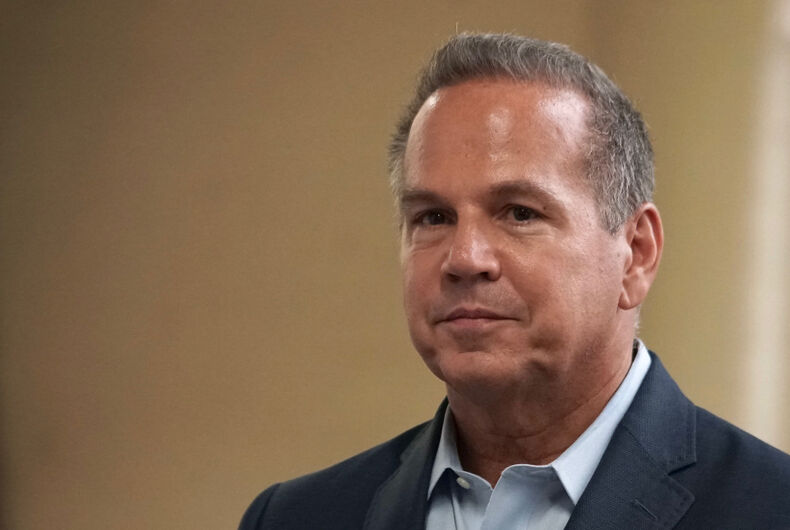 On Thursday, the Congressional LGBTQ+ Equality Caucus released its Inaugural Report on the Conditions of LGBTQ+ People in the United States.

The report was spearheaded by the caucus’s chair, Rep. David Cicilline (D-RI), with the intention “to educate the public on the significant disparities LGBTQ+ people experience and serve as a benchmark by which the country can judge its progress on LGBTQ+ rights in the years to come,” according to a press release.

The report examines LGBTQ+ people in the areas of education, economic security, health care, and housing.

Unsurprisingly, it shows how LGBTQ+ people face disproportionate challenges in every single area.

It highlights, for example, a GLSEN survey that found 74.2% of K-12 trans students said they feel unsafe in school due to their gender, and that 76.1% of LGBTQ+ students who attended any portion of school in-person during the 2021-2022 school year endured verbal harassment due to their LGBTQ+ identity.

It also cites a 2020 Trevor Project survey that found 28% of LGBTQ+ youth between the ages of 13 and 24 had been homeless or experienced housing insecurity at some point.

“LGBTQ+ people deserve the same opportunities to thrive as their non-LGBTQ+ peers,” said Rep. Cicilline in a statement announcing the report. “The data presented in this report shows, however, that the lived experiences of LGBTQ+ people are vastly different than those of our straight and cisgender neighbors.”

“With the increasing rise of violence against the LGBTQ+ community and the growing number of anti-LGBTQ+ bills being introduced in state legislatures and in Congress, it is especially critical that all levels of government work to ensure true lived equality for LGBTQ+ people.”

“This includes by finally enacting the Equality Act into law to ensure comprehensive explicit nondiscrimination protections for LGBTQ+ people. Our ability to thrive in this country should not be limited due to our sexual orientation or gender identity. The fight for equality in this country will not be over until we address all of these disparities and create true equity for the LGBTQ+ community.”

The end of the report also lists congressional actions that the Equality Caucus – and the broader House – has taken to advance LGBTQ+ equality. The list included the passage of the Respect for Marriage Act, which was just signed into law, as well as the passage of a law designating the Pulse Nightclub as a national memorial.

The report also touted the Equality Caucus’s role in providing feedback to the Biden administration on two proposed rules that clarified anti-LGBTQ+ discrimination protections in education and healthcare.

It also mentioned that members of the Equality Caucus filed an amicus brief in the Supreme Court case 303 Creative LLC v. Elenis, a key civil rights case that could curtail states that seek to ban anti-LGBTQ+ discrimination.