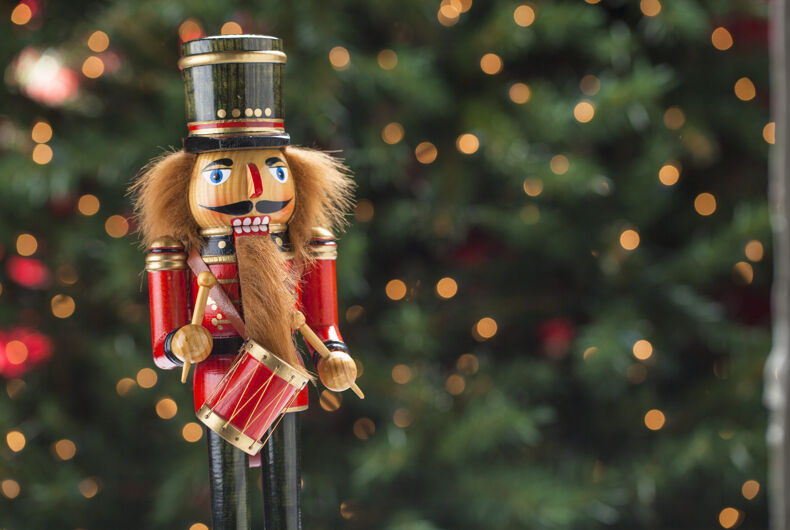 The coverup began before the body had grown cold. With Piotr Ilyich Tchaikovsky, once-in-a-generation musical genius, laying dead in the guest bedroom at just 53, his brother Modeste penned the lie later upheld by decades of historians. Modeste claimed, simply and mournfully, that his dear brother had expired from cholera after drinking unboiled restaurant water.

He left out Tchaikovsky’s alleged ingestion of poison four days prior, a choice some scholars maintain he made to prevent the public from discovering he was gay.

It took a century for the truth to shake itself free from a conspiracy created by high-ranking Russians tasked with enabling their country’s ludicrous assertion that homosexuality is a “Western import.”

Deemed an “immoral affliction” that doesn’t occur in Russia unless injected like a bioweapon by nefarious outsiders, queerness has been carefully erased from Russian history by censors since before the rise of the Soviet Union. And though Tchaikovsky died decades before “Gay Propaganda Laws” were ever signed, his neurotic paranoia about same-sex love undermining his creative legacy tainted both his life and curious death.

The brain behind seasonal classic The Nutcracker, groundbreaking ballet Swan Lake, and hummable standouts like his 1812 Overture, Tchaikovsky was born in 1840. His family straddled the gap between outrageously wealthy Russian nobles and the downtrodden serfs who would eventually revolt in the early 20th century.

Though caste mandated he pursue civil or military service, young Tchaikovsky – described by everyone as an affectionate, sensitive, and anxious boy – displayed an obsessive passion for music. His professional bio details how Tchaikovsky violated his father’s wishes to pursue piano and composition, fortunately proving absurdly gifted at the latter.

This biography, shared in music classes and program notes worldwide, covers how Tchaikovsky married in July 1877, traveled the globe creating emotionally fraught symphonies, and helped establish Russia as a major cultural influencer. The narrative tends to climax with Tchaikovsky’s October 1893 debut of his Symphony No. 6, later regarded as the artist’s requiem for himself, then breaks the news of Tchaikovsky’s death just nine days later.

A tiny sampling of details carefully sanitized from this life story includes how he:

We know this, and much more, because Tchaikovsky wrote plainly about all of it for decades. We simply didn’t know it widely until a century after his death, when his full history escaped state censors.

Musicologist Alexandra Orlova triggered Tchaikovsky’s unmasking in an explosive February 1981 issue of High Fidelity, explaining Tchaikovsky was encouraged to kill himself by a “court of honor” comprised of old classmates.

They were reacting to news that his affair with a nobleman’s nephew had reached the Tsar. Horrified his homosexual secret was about to become public, it was decided death could protect Tchaikovsky’s standing and family, including equally gay relatives like Modeste and nephew Vladimir. Orlova’s claims were rooted in interviews conducted in 1966 with a man who asserted his father was present at the alleged 1893 court.

But while her primary source was a validly questionable “guy who knew a guy,” the musicologist was no slouch when it came to research. Orlova shared a letter from the doctor treating Tchaikovsky – Dr. Lev Bertenson – written to Modeste that coached how to describe death by cholera accurately, plus a document suggesting confidante August Gerke brought poison to his old friend.

She noted zero quarantine was imposed on the house despite alleged infectious illness, and 16 people – “an unconscionable crowd for a cholera death” – were present in the room when he died. Tchaikovsky’s massive, public open-casket funeral, where people kissed his dead body, also suggested that all parties involved knew epidemic cholera was not the killer.

Still, adversaries argued Orlova’s story could not be true because homosexuality was, in 1893 anyway, more likely to result in exile than prison. This argument weirdly obscured Tchaikovsky’s history of suicidal ideation rooted in sexual shame.

“My whole life has been a chain of misfortunes because of my sexuality,” Tchaikovsky wrote in one letter hidden from public view by the Russian government.

It wasn’t until 2009 that “The Tchaikovsky Papers”, a collection of his 5000+ intimate letters and journal entries, were made available and uncensored in English. It was the first time in history the Western world was granted access to the composer in his own words, including passages like this:

“I am now going through a very critical period of my life. I will go into more detail later, but for now I will simply tell you, I have decided to get married. It is unavoidable. I must do it, not just for myself but for you, Modeste, and all those I love. I think that for both of us our dispositions are the greatest and most insuperable obstacle to happiness, and we must fight our natures to the best of our ability. So far as I am concerned, I will do my utmost to get married this year, and if I lack the necessary courage, I will at any rate abandon my habits forever.”

For the record, this note to Modeste was followed by an update just three weeks later reading:

“It turns out I am so set in my habits that it is not possible to cast them all aside. Since my letter to you, I have already surrendered myself some three times to the force of my natural tendencies.”

Then he detailed becoming madly infatuated with a hot coachman at a party.

It is still unclear how exactly Tchaikovsky died. Biographer Anthony Holden makes an admirable and well-cited attempt to sort through it, which can be read here.

As “Dance of the Sugar Plum Fairies” flows from retail speakers across the United States, and families wiggle into seats to watch kiddos pirouette through another December production of The Nutcracker, most of us remain blissfully unaware that the composer behind the music was tormented by a combination of social expectations and pervasive homophobia which, sadly, lives on in his mother country today.