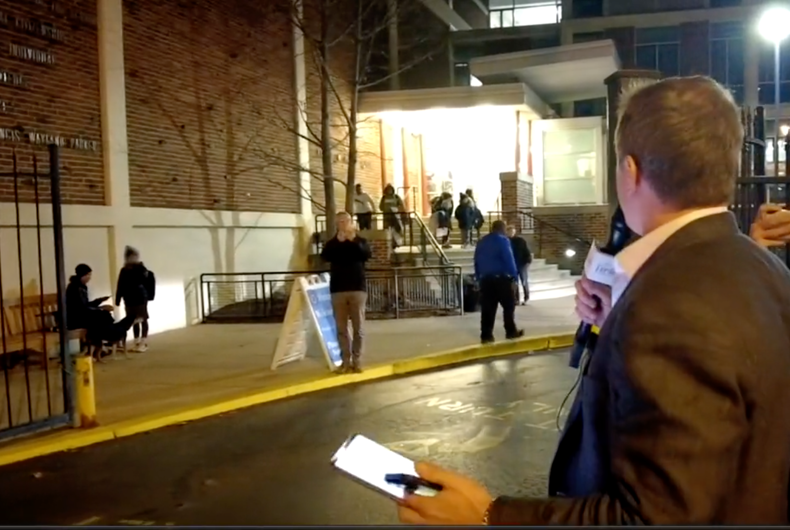 The Francis W. Parker School in Chicago was evacuated last week after a bomb threat was emailed to administrators.

Chicago police said the emailed threat warned that a bomb would be placed on school grounds. The school’s security team determined the message “originated from out of the country,” officials said.

Administrators emailed parents on Monday afternoon: “After an extensive search by the authorities, we write to let you know that the campus has been cleared by the Chicago Police Department. Our campus is safe.”

Project Veritas posted the video on December 7, five days before the threat was emailed. The video “report” was picked up by right-wing media, including Fox News and Chaya Raichik’s Libs of TikTok.

Sean Hannity opened his show the next evening with a Fox News Alert and the ominous warning: “The woke indoctrination of your children continues.”

In the video, the Parker School’s Dean of Students, Joseph Bruno, speaks candidly with an undercover Project Veritas operative about a lesson presented by a local LGBTQ+ health center during Pride month about queer sexual health, including the use of sex toys. The lesson was optional and attended by students who expressed interest in the subject, a fact not mentioned in the video.

Bruno also talks about a visit to the school by a drag queen.

The group promoted the video with a series of hashtags including #ButtPlugDean and #ExposeGroomers.

The Parker School was forced to take down its Twitter account after being deluged with online attacks.

Parker School student @leilaclaire summed up the chain of events in a Twitter post over the weekend:

“On Thurs Project Veritas (amplified by Libs of TT) snuck into my high school and recorded a teacher, edited the hell out of it, and chased him/released his info.”

“On Mon, the school received a bomb threat. Yesterday, the PV founder was unbanned.

On Thurs Project Veritas (amplified by Libs of TT) snuck into my high school and recorded a teacher, edited the hell out of it, and chased him/released his info.

On Mon, the school received a bomb threat. Yesterday, the PV founder was unbanned.
So, yes Elon, tell us of your jet. pic.twitter.com/veeKirs6HO