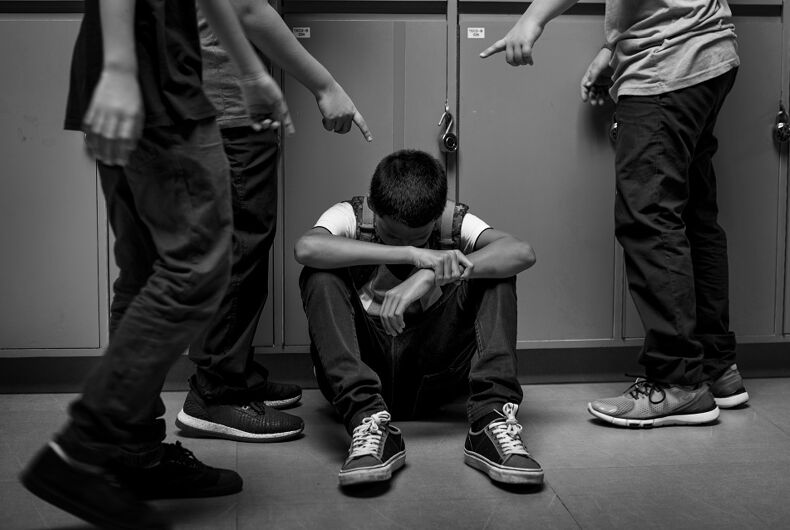 During the summer of 2022, the Institute for Democracy, Education and Access at UCLA and the Civic Engagement Research Group at UC Riverside surveyed 682 public high school principals and found that culture war issues have their jobs increasingly difficult.

As NPR reports, policies and practices related to LGBTQ+ students’ rights were among the topics that 69 percent of those surveyed said led to “substantial political conflict” with parents or members of their communities.

Researchers found that principals in narrowly divided purple districts were almost twice as likely as those in more conservative or liberal areas to say they faced multiple efforts to limit LGBTQ students’ rights.

A similar 2018 survey found that 15 percent of principals indicated multiple attacks on LGBTQ students. That percentage rose to 24 percent across all schools in the 2022 survey, with the number more than tripling in purple districts.

“It’s quite disheartening to work so hard and care for all our students when so many people are being hateful and threatening,” said one California principal, who reported an incident in which a parent screamed an anti-gay slur at a school counselor over the phone.

Other issues that caused significant conflict, according to 69 percent of the principals surveyed, include teaching issues around race and racism, social-emotional learning, and student access to books in school libraries. They also reported that rampant misinformation is making it harder to teach many subjects, particularly current events and media literacy.

Rogers told NPR that principals believe that most parents stay silent, however, “because they’re too busy or overwhelmed or are afraid that if they become engaged, they’re going to face danger.”

“If the vast majority of folks are quiet, then folks who have very strong opinions or who are willing to engage in very contentious politics will have an outsized influence,” Kahne said. “If all parents and community members speak up, and if they have reasoned and focused conversations, that dialogue will be good for schools.”