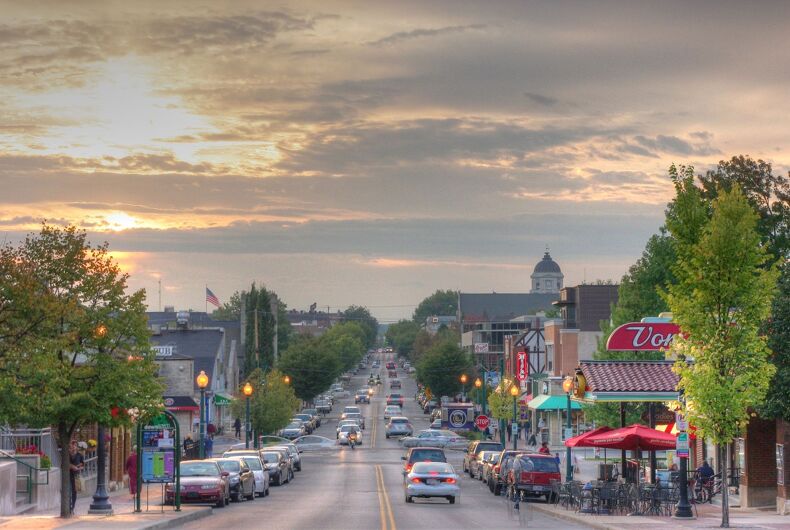 When it comes to retirement, there are lots of options as long as you plan ahead. Are you looking for a busy metropolis with lots of cultural options? Are you a homebody, happy to curl up with a book, or a nature lover, heeding a call to the great outdoors? Are you looking for like-minded neighbors?

Maybe most important, what’s your budget?

There are many ways to stretch a dollar in the city or the country, but small towns and rural areas can offer good value. Like every living situation, though, Mayberry has some trade-offs: fewer options for socializing, not as many healthcare choices, and longer distances to travel for goods and services.

But if you’re looking for affordability, nature at your doorstep, and you don’t mind some snow, these five LGBTQ-friendly small towns may be right for you, plus one college community in a surprising place.

Moab, pop. 5366, is located in the “far country” 230 miles east of Salt Lake City, between the spectacular Arches and Canyonlands National Parks. The town’s boom years were in the 1950s during the Cold War, when Moab, just next door to Colorado, was known as the “Uranium Capital of the World.” Now tourists and retirees flock here for the stunning natural beauty; hiking, whitewater rafting, and off-roading are popular pastimes. A large housing stock from its mining years provides options for owning or renting a home at an affordable price, and the small but modern Moab Regional Hospital is state-of-the-art. The town held its first Pride festival in 2011, drawing a crowd of over 500, and events like their Visibility March, Gay Adventure Week, a Pop-Up Winter Art Market, and LGBTQ movie nights at the local arts and rec center, make Moab a vibrant gay oasis in the arid high desert. 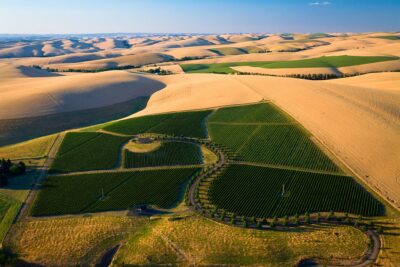 Over the last two decades, Walla Walla, on the far eastern end of Washington State near the Columbia River, has experienced a small-town revival. The restoration of their classic American main street and an explosion of new vineyards and wineries made the area a wine lover’s must-drink destination. The agricultural hub, pop. 33,927, has drawn European growers to its Mediterranean climate since the mid-19th century when Italian winemakers first showed up with their vines. Now Walla Walla is a college town, as well, with three colleges and universities and an LGBTQ-friendly vibe. The cost of living is below the U.S. average. Served by two major hospitals, Walla Walla is home to several LGBTQ-owned businesses, including one of those must-see vineyards, and punches above its weight with two gay bars. In addition to wine, hops were recently introduced to the Walla Walla Valley, followed by about a dozen small breweries and distilleries. 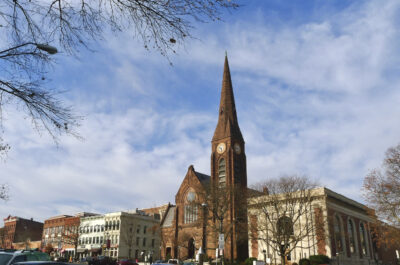 The town of Northampton, pop. 29,571 is one of the most liberal small towns in America, a vibrant artistic and academic community, and a haven for LGBTQ people, particularly women. Home to one of the Seven Sisters, Smith College, its picturesque New England setting has been the backdrop for films like Who’s Afraid of Virginia Wolff and The Cider House Rules. While housing costs are above the national average, healthcare options are better, and Northampton residents enjoy generous parks, museums, arts programs, educational opportunities, and mental health services. Enjoy a place rich with history during warm and humid summers, and move inside to read about it over cold and snowy New England winters. Northampton earns an HRC Municipal Quality Index score of 100. 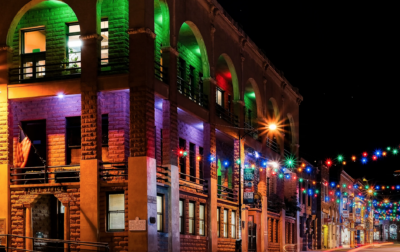 The one-time mining town of Bisbee, 90 miles southeast of Tucson and just ten from the Mexican border, was founded in 1880 with the discovery of copper, gold, and silver in the surrounding Mule Mountains. In the 1960s, as the mining industry declined along with housing prices, Bisbee, pop. 4923, became a popular destination for the counter culture, and it’s been a hippie and queer haven ever since. A turn to heritage tourism, including a popular underground mine tour train, brought an influx of visitors to sustain a vibrant art and music scene, plus a Pride festival that brings in thousands of visitors every June. You’ll find lots of rainbows in the windows of historic buildings surrounding Bisbee’s main drag, like the Copper Queen Hotel, named after the former company town’s largest employer, as is the modern community hospital. Outside Old Bisbee, the cost of living is below the national average. Hot and dry summers are cooled down by monsoon season, while the high elevation, at 5538′, occasionally brings snowy winters. 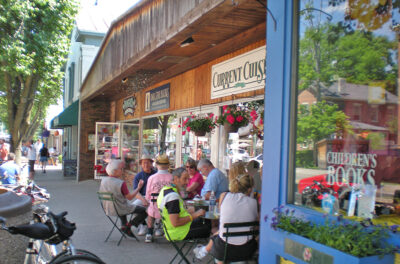 Like Bisbee, its higher and drier cousin to the southwest, Yellow Springs, pop. 3697, blossomed as a liberal oasis in the 1960s with the arrival of hippies in search of Arcadia and communes. The cost of living is still low in this wooded Dayton exurb, with a quaint main street lined with an art-house movie theater, galleries, and shops, some LGBTQ-owned. Homes in the area are priced below the national average, while a pad in the village means you can ditch your car for good; many healthcare options and Costco are an Uber away. When the weather’s right, bucolic Glen Helen Nature Preserve and John Bryan State Park are within walking distance, while winter brings below-freezing temps and plenty of snow. Nearby Dayton, 20 miles away, offers a healthy gay nightlife, world-class hospital care, and a Human Rights Campaign Municipal Quality Index of 100. 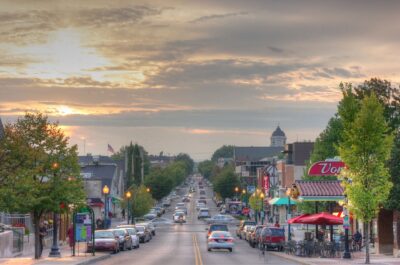 Bloomington, pop. 79,168, is a college town and liberal oasis in predominantly conservative Indiana. Located about 40 miles southwest of Indianapolis and set among the gently rolling hills of southern Indiana, it’s home to the original campus of Indiana University, with a student body of over 45,000. Bloomington scores a perfect 100 on HRC’s Municipal Equality Index, hosts popular Pride and LGBTQ film festivals, and is home to a small but thriving gay nightlife. History abounds in the small city with dozens of homes, businesses, buildings, and sites of interest listed on the National Register of Historic Places. Home prices and all major cost of living categories are below the national average, and healthcare needs are served in four major hospitals. Nature surrounds Bloomington — so named by settlers impressed with a “haven of blooms” — with forests, and lakes close by. Enjoy soft summer nights, and bundle up for Great Plains winters.