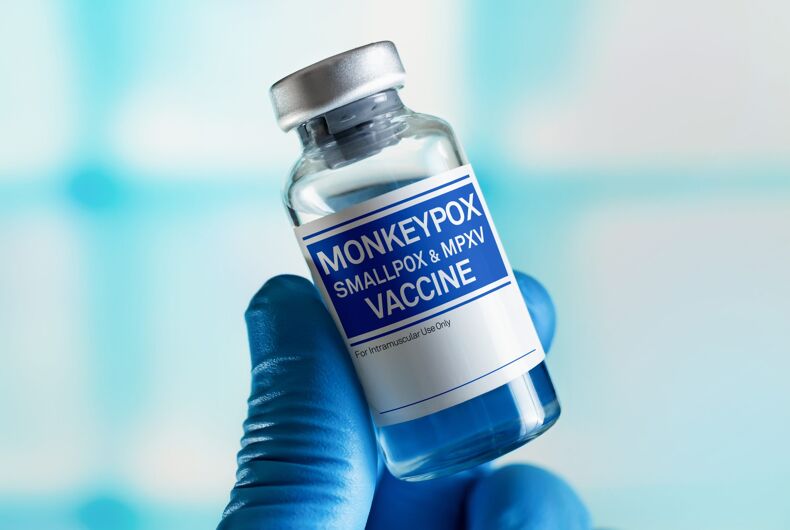 The World Health Organization (WHO) has announced that the name monkeypox will be phased out and replaced with “mpox” in an effort to combat racist stereotypes that the original name perpetuated.

“When the outbreak of monkeypox expanded earlier this year, racist and stigmatizing language online, in other settings and in some communities was observed and reported to WHO,” the organization wrote in a press release. “In several meetings, public and private, a number of individuals and countries raised concerns and asked WHO to propose a way forward to change the name.”

To avoid confusion, the name will slowly be phased out over a one-year period, during which both “monkeypox” and “mpox” will be used.

WHO said the name was decided after speaking with “a range of experts, as well as countries and the general public, who were invited to submit suggestions for new names.”

Calls to change the name of the disease have been happening since summer. In June, a group of scientists penned an open letter explaining how the current name stigmatizes Africa when it is not clear that the current outbreak of the virus even originated there.

“Since the first report of monkeypox virus infection in humans in the 1970s… repeated outbreaks have been reported periodically in Western and Central Africa and global events have been detected rarely…. However, a recent global outbreak of MPXV  [monkeypox] has been detected without a clear link to Africa.”

The letter criticized the Western media’s continued use of images of African people in stories about the virus, even though it was spreading throughout the United States and Europe.

“The prevailing perception in the international media and scientific literature is that MPXV is endemic in people in some African countries. However, it is well established that nearly all MPXV outbreaks in Africa prior to the 2022 outbreak have been the result of spillover from animals to humans and only rarely have there been reports of sustained human-to-human transmissions.”

“In the context of the current global outbreak, continued reference to, and nomenclature of this virus being African is not only inaccurate but is also discriminatory and stigmatizing. The most obvious manifestation of this is the use of photos of African patients to depict the pox lesions in mainstream media in the global north. Recently, Foreign Press Association, Africa issued a statement urging the global media to stop using images of African people to highlight the outbreak in Europe.”

Soon after this letter was made public, WHO announced it would change the name of the disease but failed to quickly do so as public pressure mounted.

According to Politico, the Biden administration even threatened to change the name itself if WHO didn’t do it quickly enough. The administration felt the stigma against people of color due to the name was leading to vaccine hesitation.

In July, New York City’s Public Health Commissioner, Ashwin Vasan, wrote another letter to WHO urging swift action. The letter emphasized that because the virus does not originate in monkeys (it comes from rodents) the name is a misnomer. It also compared the current stigma around it to what happened during the height of the HIV/AIDS epidemic.

“As we are reminded by fierce advocates who served on the front lines as the HIV/AIDS epidemic emerged, early misinformation about the virus led people to believe that it was spread to humans after people in Africa engaged in sexual activity with monkeys. This kind of false messaging created incalculable harm and stigma for decades to come.”

“Continuing to use the term ‘monkeypox’ to describe the current outbreak may reignite these feelings of racism and stigma — particularly for Black people and other people of color, as well as members of the LGBTQIA+ communities, and it is possible that they may avoid engaging in vital health care services because of it.”

The most recent outbreak has led to almost 30,000 recorded infections in the United States, but cases have dropped dramatically since summer, from a high of over 400 cases per day in August to less than 15 in mid-November.  The outbreak has disproportionately affected men who have sex with men, and according to a report by The 19th, the Biden Administration’s vaccination campaign has failed to reach enough queer Black Americans.