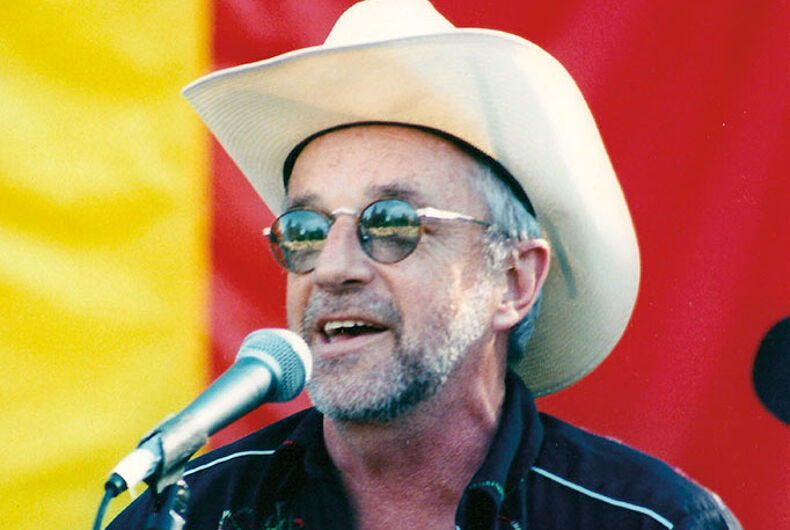 Patrick Haggerty, the out frontman of the country band Lavender Country, has died. The 78-year-old singer-songwriter reportedly suffered a stroke earlier this year and passed away from complications early Monday morning.

“We are heartbroken to confirm that Patrick Haggerty, the visionary songwriter, dauntless activist, and irrepressible raconteur of Lavender Country, passed away at home early this morning, surrounded by family and friends,” record label Paradise of Bachelors posted on Twitter.

We are heartbroken to confirm that Patrick Haggerty, the visionary songwriter, dauntless activist, and irrepressible raconteur of Lavender Country, passed away at home early this morning, surrounded by family and friends. pic.twitter.com/NOV7nZnpxH

The Seattle, Washington-based artist founded Lavender Country in 1973 and was the band’s only consistent member.

Lavender Country’s self-titled debut album is widely considered to be the first openly queer country record. The album has been reissued numerous times, with Paradise of Bachelors’ 2014 release sparking renewed interest in the band and Haggerty.

RuPaul’s Drag Race star Trixie Mattel included a cover of Lavender Country’s “I Can’t Shake the Stranger Out of You,” retitled “Stranger,” on her 2020 album.

Following the band’s break-up in 1976, Haggerty turned his attention to politics and activism, running two unsuccessful campaigns for local and statewide office in Washington state.

Nearly 50 years after their debut, Lavender Country released a follow-up, Blackberry Rose and Other Songs and Sorrows, in 2019. The album was re-released this year as Blackberry Rose.

“So sad to hear that the grandfather of queer country, Patrick Haggerty, has gone up to that big gay Honky tonk in the sky,” Peck wrote. “One of the funniest, bravest and kindest souls I’ve ever known, he pioneered a movement and a message in Country that was practically unheard of. A true singular legend.”

In 2016, Dan Taberski, best known for his podcasts Finding Richard Simmons and Running from Cops, directed a short documentary about Haggerty, These C*cksucking Tears.

Darling of the “detransition” movement comes out again as transgender