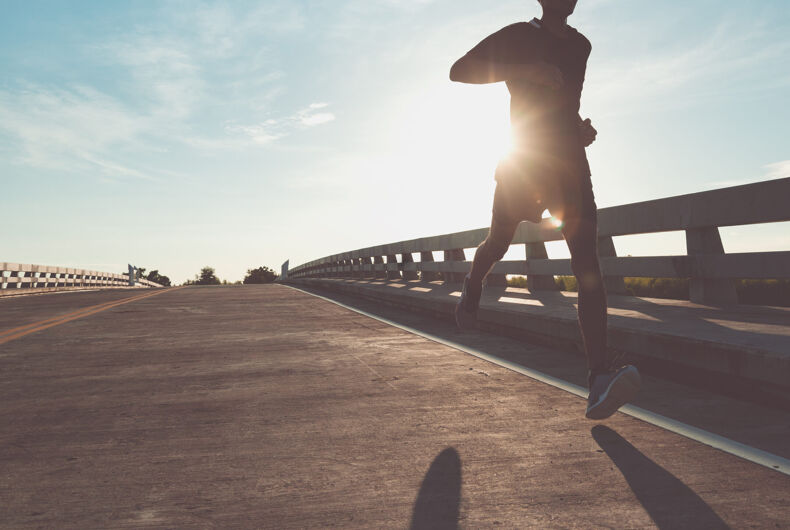 In a New York City Marathon first, top finishers in the nonbinary division were awarded cash prizes on Sunday.

“The first half of the race felt good, the second half, not as much,” Caswell told local news outlet W42ST. “I started to struggle during the last couple of miles near the park, and I think if I was alone, I don’t know if I would have been able to keep going — the crowd really helped.”

Afterward, Caswell shared an emotional Instagram post: “None of this would be possible without so many people putting in amazing work so that I and all future runners have a more inclusive space to run in. A major thank you to everyone!”

Caswell made New York City home after attending Columbia University, where they ran for the school. Sunday’s race was their second nonbinary marathon victory; they came in first in the division in the Brooklyn Marathon earlier this year. Remarkably, that race was Caswell’s very first Marathon.

This is the second year the New York City race has featured a nonbinary division, joining Boston, Chicago, London and Berlin in adding the category. Tokyo is the holdout among Marathon Majors.

Winners in the men’s and women’s divisions Sunday clocked in at 2:08:41 and 2:23:23, respectively. Evans Chebet and Sharon Lokedi, both running for Kenya, each collected $25,000 in prize money.

Prize money for NYC’s nonbinary winners is paid out by the New York Road Runners, a non-profit sponsor of the race. The World Marathon Majors’ governing body pays out the male and female winners.

After his Brooklyn victory, Caswell joined LGBTQ running club Front Runners to train for the NYC race. The group, whose name is a nod to the classic coming-of-age novel, helped prepare over 200 runners for the contest this year. Caswell credits the club for getting them through the race.

“When you see people that look like you, and people that have the same values as you, and when you see them cheering for you on the sidelines, or in the race or at the finish line — it demonstrates the importance of community and belonging in the sport.”