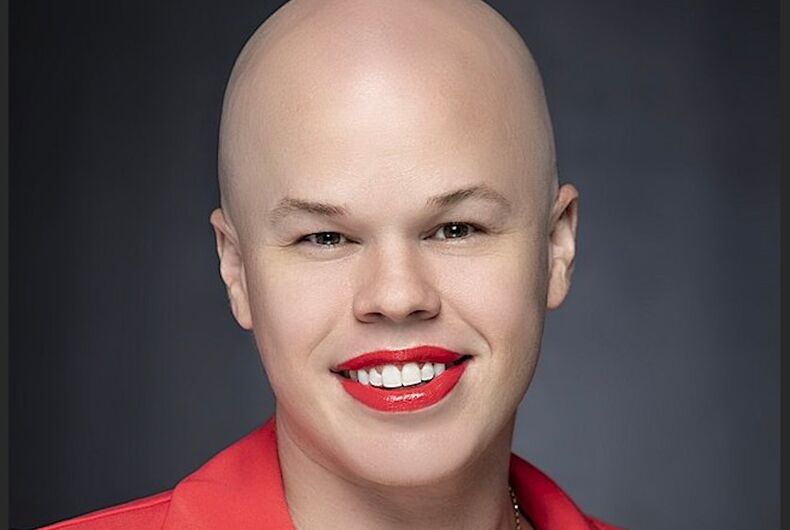 Sam BrintonPhoto: US Department of Energy

A nonbinary government official has been accused of stealing a woman’s suitcase from an airport carousel, a felony that could lead to five years in prison and a $10,000 fine.

Sam Brinton, 35, is the deputy assistant secretary for spent fuel and waste disposition in the Office of Nuclear Energy and a well-known LGBTQ rights activist. A criminal complaint accuses them of stealing a piece of Vera Bradley luggage containing over two thousand dollars worth of items from the Minneapolis-St. Paul International Airport on September 16, The Telegraph reported.

The complaint reportedly details Brinton’s inconsistent story after the woman reported her luggage missing. Brinton was caught on camera removing the bag from the carousel, ripping off the bag tag, and hurrying out the door. Brinton would ultimately claim they took the bag by mistake, but they had not checked any bags on the flight.

They did, however, check the missing bag on two more trips. When questioned by police, who asked if they had anything that wasn’t theirs. Brinton replied, “Not that I know of.”

Ultimately, Brinton said they did take the wrong bag but that it somehow contained their own clothes when they opened it. They then called police back and said they had not been “completely honest” and that they had mistakenly taken the bag because they thought it was theirs but “got nervous people would think they stole the bag, and did not know what to do.”

So, they said took the bag with them but left the clothes it had contained in their hotel room.

Following the accusation, Brinton was placed on leave from the Department of Energy.

Repeatedly misgendering Brinton, Fox News commentator Jesse Watters used this incident as an attempt to claim that hiring people who aren’t cisgender is problematic. Watters mentioned Brinton’s credentials as an MIT graduate and nuclear energy expert but accused the Biden administration of caring more about how they looked than whether or not they were qualified when hiring them for the position. Watters sarcastically suggested that perhaps the Biden administration hired Brinton because they had previously given lectures on kink and were interested in pup play, referring to criticisms fo Brinton from when they joined the Biden administration.

Brinton also served as a nuclear waste advisor during the Trump administration.

Nevertheless, Donald Trump Jr. mocked Brinton’s identity and implied in a tweet that this crime was predictable due to their gender expression.

Many responded to Trump Jr. reminding him that his own family is being investigated for multiple crimes. They also pointed out that Brinton was an advisor to his father.

Wait 'till you find out what your dad stole. pic.twitter.com/ECPZxniAEL

Who could have seen your sister making $600 million while working in the White House?
Actually, we all could.

Your entire family is under multiple criminal investigations in several jurisdictions and you’re pointing fingers at someone for taking a suitcase? Wow. Just, wow.

That would require Jr to actually be able to "read". Not his strong suit, apparently. He can read headlines, though. They are short.

Spoiler Alert: There’s a new gay dramedy you need to go see as soon as it opens