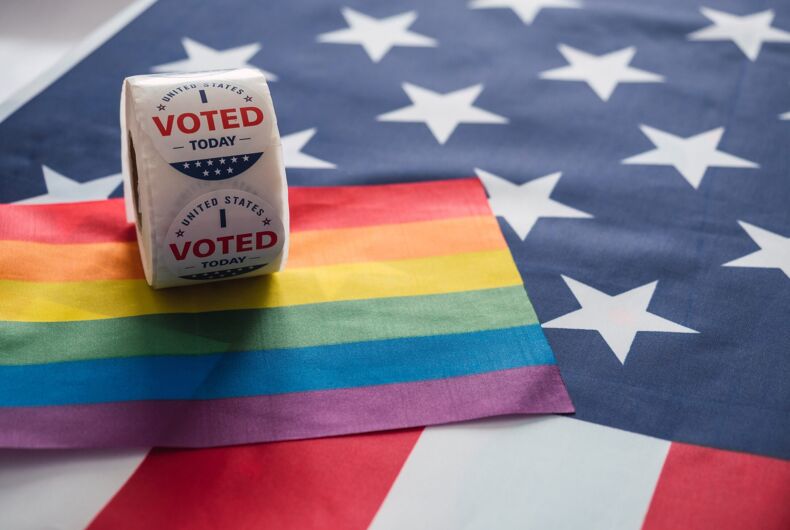 Voters in the state of Nevada are on the verge of passing a constitutional amendment that would provide equal rights to everyone regardless of sexual orientation and gender identity. The measure currently has 57.5% of the vote currently with 83% of precincts reporting, according to the AP at the time of publication.

If passed, the Equal Rights Amendment (ERA) would be the most expansive among the 26 states that have ERAs, PBS reported.

The measure would amend the state constitution to ensure equal rights for all, “regardless of race, color, creed, sex, sexual orientation, gender identity or expression, age, disability, ancestry, or national origin.”

Supporters say the ERA will be much harder to overturn than a law passed by the state legislature and much harder to ignore than current existing federal anti-discrimination protections.

Opponents of the law objected to its protections of transgender public accommodations access and said it would force anti-gay churches to conduct same-sex weddings, though experts say the latter is untrue. They also say the amendment will cause a “flood of litigation” as judges will interpret it differently.

The ERA ballot measure was co-introduced by Nevada state Sen. Pat Spearman (D), a Black woman who is the first out lesbian member of the Nevada legislature. She told PBS that the ERA is similar to other landmark social justice measures, like those that abolitionists who pushed to end slavery and migrant workers advocating for improved working conditions.

“There’ll be people in the future who will be saying, ‘It’s a really good idea. And I’m glad they did it. But I can’t believe that they had to do it in order to bring equality for everybody,’” Spearman said.

Kate Kelly, a pro-ERA activist, told KVVU that the amendment is necessary considering Republican attacks on the civil rights of numerous marginalized groups.

“(Laws) can be chipped away at or reduced,” Kelly, said, “and we’ve seen that in the very recent past — statutory protections we thought were forever are being chipped away.”

Nevada voters also seem poised to approve two other ballot measures: one that would raise the statewide minimum wage to $12 starting in 2024, and a second that would implement ranked-choice voting and allow the top five most popular primary political candidates to advance to a general election, regardless of their political party affiliation.