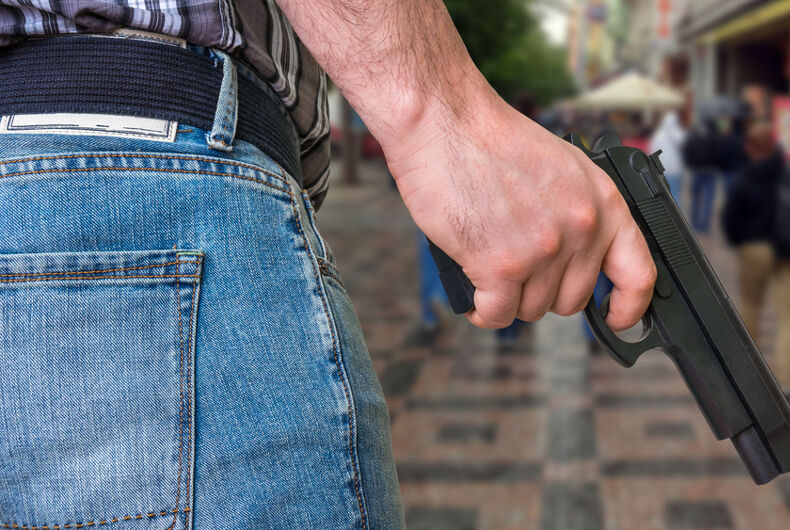 As we commemorated the Transgender Day of Remembrance yesterday, a shooter in Colorado murdered five and injured 18 beautiful people at Club Q. My heart goes out to the victims and their families.

As a nation, we must confront the hatred while continuing to demand gun safety measures.

In addition to the shooter, I indict our society that stereotypes and weaponizes our bodies as fodder for advancing its patriarchal Christian white supremacist authoritarian agendas.

I indict the harassers and the murderers, and also the politicians, the clergy, the community, and school officials who target queer, trans, and gender non-binary people who promote bigotry with their words and their actions by marginalizing and disenfranchising through their legislation to prevent discussions of their (our) lives in the classrooms, by criminalizing parents who support their children’s gender identities and forms of expression, by eliminating trans athletes from sports, from preventing trans and non-binary folks from using public accommodations corresponding with their gender identities.

History is replete with groups and individuals facing colossal odds for simply expressing their truth, and for that, they were often forced to pay the ultimate price. Governments and powerful individuals have devised ways of silencing opposition for the purpose of maintaining and extending their control and domination.

They commit genocide upon the true human liberators, the profits, and the visionaries who advocate for a just and free world. These visionaries, who were persecuted in their own time, have achieved not only exoneration but, more importantly, have become venerated as the visionaries they truly are.

Antonio Gramsci wrote about the concept of “cultural hegemony,” which describes how the dominant group successfully disseminates its social definitions of reality and its social visions in a manner accepted as “common sense,” “normal,” and “universal.” This hegemony maintains and expands the marginality of groups with differing identities or opposing views.

Trans people have exposed the truth regarding this fabrication we call “gender roles” as a social construction, one which our society ascribes to each of us as it assigns us sex at birth.

With the label “female” assigned at birth, society forces us to follow its “feminine” script, and with “male” assigned at birth, we are handed our “masculine” script to act out. As scripts are given to actors in a play, gender role scripts were also written long before we entered the stage of life. They have little connection with our nature, beliefs, interests, and values.

According to social theorist Judith Butler, “The act that one does, the act that one performs, is, in a sense, an act that has been going on before one arrived on the scene. Hence, gender is an act, which has been rehearsed, much as a script survives the particular actors who make use of it, but which requires individual actors in order to be actualized and reproduced as reality once again.”

If we challenge the director by refusing to follow our lines, and when we tell the truth about this human lie about gender roles, the director (society) doles out harsh, often fatal punishments.

Members of trans communities often suffer the consequences of other truthtellers of the past. Nearly every two days, a person is killed somewhere in the world for expressing gender nonconformity. The vast majority of murders are trans women of color.

Murderers of trans people react in extreme and fanatical ways at the direction of the larger coercive societal battalions bent on destroying all signs of gender transgression in young and old alike in the maintenance of gender scripts.

Most of us function as conscious or unconscious co-directors in this drama each time we enforce gender-role conformity onto others and each time we relinquish our critical consciousness by failing to rewrite or destroy the scripts in ways that operate integrally for us.

Bullying in society filters into schools. This often fulfills the social “function” of establishing and reinforcing the socially constructed scripts handed to them when they entered the performance.

I cannot help thinking about something Frederick Douglass, who escaped enslavement and worked for the cause of liberation, once said when he described the dehumanizing effects of slavery not on those enslaved alone but also on white slavers whose position to slavery corrupted their humanity.

While the social conditions of Douglass’s time were very different from today, nonetheless, I believe Douglass’s words hold meaning by analogy: “No man can put a chain about the ankle of his fellow man without at last finding the other end fastened about [their] own neck.”

Though it cannot be denied that oppression serves the interests of dominant group members, eventually, it will backfire, and the chain will take hold of them.

First, cissexist (transgender oppression) conditioning compromises the integrity of people by pressuring them to treat others badly, which is contrary to their basic humanity. It inhibits one’s ability to form close, intimate relationships with trans people, generally restricts communication with a significant portion of the population, and, more specifically, limits family relationships.

Cissexism locks all people into rigid gender-based roles, which inhibits creativity and self-expression. It also prevents cisgender people from accepting the benefits and gifts offered by the trans community, including theoretical insights, social and spiritual visions and options, contributions to the arts and culture, religion and spirituality, education, family life, and, indeed, all facets of society.

Ultimately, it inhibits appreciation of other types of diversity, making it unsafe for everyone because each person has unique traits not considered mainstream or dominant. Therefore, we are all diminished when any one of us is demeaned.

The meaning is quite clear: When any group of people is targeted for oppression, it is ultimately everyone’s concern. We all, therefore, have a self-interest in actively working to dismantle all the many forms of oppression, including cissexism.

I believe we are all born into an environment polluted by cissexism (one among many forms of oppression), which falls upon us like acid rain. For some people, spirits are tarnished to the core, others are marred on the surface, and no one is completely protected.

Therefore, we all have a responsibility, indeed an opportunity, to join as allies to construct protective shelters from the corrosive effects of prejudice and discrimination while working to clean up the cissexist environment in which we live. Once we take sufficient steps to reduce this pollution, we will all breathe much easier.

With this in mind, each time we rewrite the scripts to give an honest and true performance of life, each time we work toward lifting the ban against our transcending the gender status quo by continually questioning and challenging standard conceptualization of gender roles, then will we begin as individuals and as a society to experience life to the fullest with our humanity and our integrity intact.

I am proud of and thankful to the trans community for courageously calling into question this social myth of gender roles, the boxes society places us into as it imposes upon us all our gender scripts.

Trans people have opened the boxes for all of us to ultimately obliterate the gender status quo of binary oppositions by demonstrating the visible ways, the options upon an enormous gender continuum, one that does not depend upon a sex assigned to us, a sex that is imposed and forced upon us by others. The trans community has shown us the essential fluidity of gender.

Trans visionaries, who are persecuted in their own time, will one day be perceived as the visionary truth tellers they are. Until that day, the harassment, the marginalization, the fear, the violence, and the murders must end. It is up to us all to work toward this daily.

Stop the hate! Act in unity and solidarity!