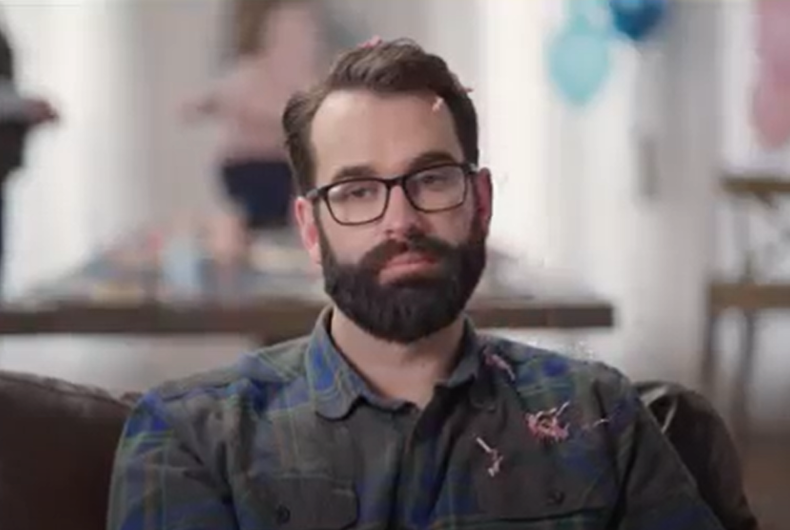 Screenshot from Matt Walsh's "What Is A Woman?"Photo: Screenshot

Pundit Matt Walsh is fond of exaggeration and twisting the truth, but on Monday night’s The Joe Rogan Experience podcast, he told a whopper so big that even the host called bullshit. He claimed that millions of American children had been put on hormone blockers.

But when Rogan’s producer weighed in with a fact check that proved Walsh was lying, the Daily Wire host was forced to admit that he had made it up.

Walsh launched his salvo by claiming that drug companies and healthcare providers benefited financially by prescribing the medication. It is used to delay puberty in some children who have expressed that they are transgender to allow them to develop emotionally and mentally before the permanent effects of puberty occur.

“I mean, they have staked everything on this,” Walsh said. “They’ve also staked their professional reputation. ‘Cause that’s the other problem. Not only is it the political incentive and the money, but if they admit that they’re wrong, then they’re also admitting that they have horribly disfigured and abused thousands, maybe millions of kids.”

“How many people have had this done?” Rogan asked.

“Depends on what — I don’t think we have exact numbers, but it’s — if we’re talking about the drugs, it’s, I mean, millions,” Walsh replied.

“Millions of kids have been on hormone blockers? Really?” Rogan asked incredulously.

“I’m sure someone’s gonna fact-check me on it, but my guess is that we’re in — we’re into the millions now at this point. Yeah, that would be my guess,” Walsh responded.

The conversation continued as Walsh made absurd claims about double mastectomies, again using numbers he made up. And that’s when Rogan’s producer, Jamie Vernon, interrupted.

It turns out that millions of children haven’t been prescribed hormone blockers. Only 4,780 children have been placed on puberty blockers within the last five years.

As Rogan read the Reuters article out loud to his audience, he quipped, “That would be a big undercount.”

“Less than a thousand people a year,” Vernon confirmed.

“I would guess you know, hundreds of thousands at this — but I could be wrong,” Walsh stumbled, trying to lower his original estimate.

“But part of the problem though is that we don’t — it’s, it’s very hard to get numbers on any of this stuff and — you know, who are you gonna trust when they’re telling you the numbers? So that’s — that’s one of the issues with all this stuff,” Walsh bumbled, trying to find an excuse for his dramatic U-turn on his statistics.

Walsh was plugging his anti-trans movie, What Is A Woman? The propaganda project garnered pushback even before its June 1 release, when trans activist Eli Erlick accused Walsh of seeking interviews under false pretenses.

The resulting documentary is framed as an earnest inquiry into womanhood, but Walsh’s anti-trans agenda is clear from the start. No matter how many times he repeats the central question, Walsh is really asking: “Are trans people crazy or what?” and inviting viewers to join him in his conclusion that gender transition is a threat to both individuals and society.