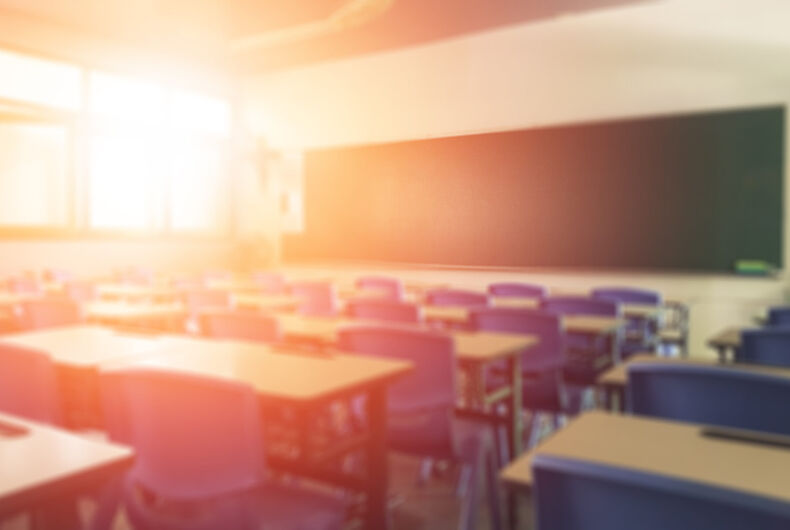 There’s a new school board member in town, and he’s taking names.

“My reason for running for school board is because when I talked to the school board members, they would not give me an answer to the questions,” Hockema told the Lafayette Journal & Courier. “And I thought, ‘Now this is some crap.’ If you can’t tell me whether you’re going to vote for CRT or you are not, you’re on my list and I’m going to find out why.”

Hockema is also coming for anyone advocating a gay “ideology.”

“If there’s a teacher that wants to be gay, that’s OK,” Hockema said. “That’s their prerogative. I’ve hired gay people. I’ve had them work for me, but I would not allow a gay person to push his feelings and his ideology off on other employees.

“I’m totally against that as a way of life,” said Hockema.

“I’ve got five children that went through school, and we did well with that,” Hockema said of teaching the basics. “We never had any issues to worry about when it came down to CRT or woke or SEL or transgender or none of that stuff. They didn’t teach this. We helped them with their assignments, and it was a different world then.”

Hockema says he isn’t going to “monkey around” with school board members, either.

“If they want to support these things, I feel like they should be removed from office. That’s my strong opinion.”

Hockema said he’s got no quarrel with LGBTQ kids, “as long as they stayed within their bounds.”

“A little boy might be like, ‘I feel more like a little girl.’ And if you got a teacher that encourages that, that’s the impression they’re probably going to go. And if they just left them alone because it’s a normal thing to have that thing happen to children at different ages, they’ll grow out of it,” Hockema said. That is not how being transgender works; transgender children’s identities have been shown to be stable into adulthood.

His goal, Hockema says, is to “save the children.”

“I don’t want them being indoctrinated by someone’s opinion, who’s 100 percent different than mine. What my wife and I teach our children, I don’t want them to erode that with their ideology. They can make it sound so sweet and so pleasant and so wonderful, and kids are impressionable.”

“When the minority starts ruling the majority like these whole issues, you got one percent of the population dictating what the rest of us, what we can and can’t do, that’s ridiculous.”