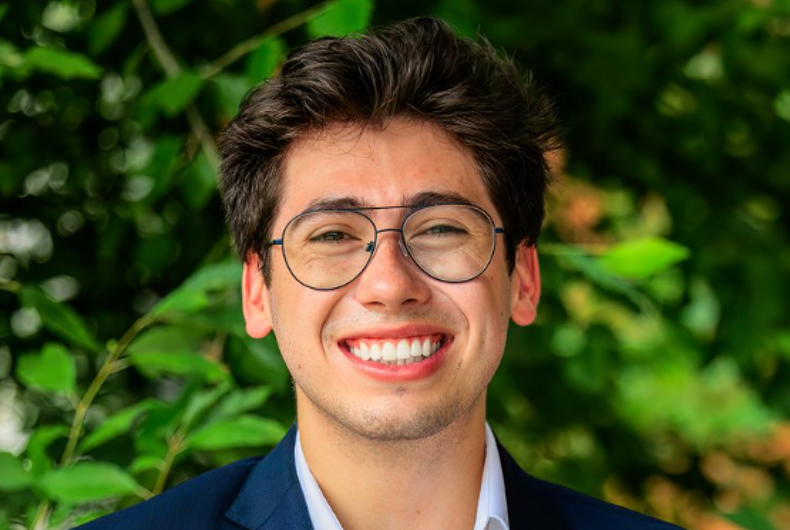 A school board candidate in Virginia said that his opponent is sending fake text messages to voters pretending to be him and saying that he organizes drag shows for children.

“I organize and participate in children friendly drag shows,” the text message reads, which came with a picture of a drag performer in a Pride tank top and a child nearby. “I am running for School Board of Broad Run to bring them into our schools!”

The text message says that it was sent by Nick Gothard, who is running for the school board of Loudoun County in the Broad Run District.

“Voters are tired of disgraceful and dishonest attacks like this,” Gothard wrote, sharing a screenshot of one such text message on Twitter. “If all you have are hateful and lying attacks, get out of the way of those who are ready to do the work.”

Voters are tired of disgraceful and dishonest attacks like this @tiffanyforbr @andrewhoyler. If you have a vision for our community, share it. If all you have are hateful and lying attacks, get out of the way of those who are ready to do the work. pic.twitter.com/dqJhRm650o

Members of the Loudoun County school board have received death threats from conservatives.

“It is too bad that your Mama is an ugly communist whore,” read one letter addressed to the child of school board member Brenda Sheridan earlier this year. “If she doesn’t quit or resign before the end of the year, we will kill her, but first, we will kill you!”

The letter came after rightwing media reported a story where they claimed that a girl was sexually assaulted by a boy in a Loudoun County school restroom. They claimed that it was a result of the district’s policy on transgender students, even though the policy hadn’t even been passed at the time of the sexual assault and the assailant was a cisgender boy.

Polifko, one of Gothard’s opponents, is allegedly a member of Parents Against Critical Theory (PACT), a conservative organization “that is adamantly opposed to Critical Race Theory in all forms.” The group posted the original video from which the image in the text messages was taken to its Twitter account multiple times, fueling speculation that they are behind the texts.

But Polifko denied involvement in the texts.

“Nick Gothard is falsely accusing me of bearing responsibility for the texts regarding him and ‘child-friendly drag queen shows’ in an attempt to smear me and without evidence of my participation in this activity,” Polifko told The Daily Dot.

Hoyler also denied involvement in a statement posted on Facebook.

“To set the record straight, I have never purchased or considered randomly texting voters as I hate when I get those texts myself,” Hoyler said.

Over the past year, conservatives across the country have become enraged at the idea of children seeing men in wigs, arguing that a child seeing a drag queen or even hearing about the existence of LGBTQ people is a form of child sex abuse.