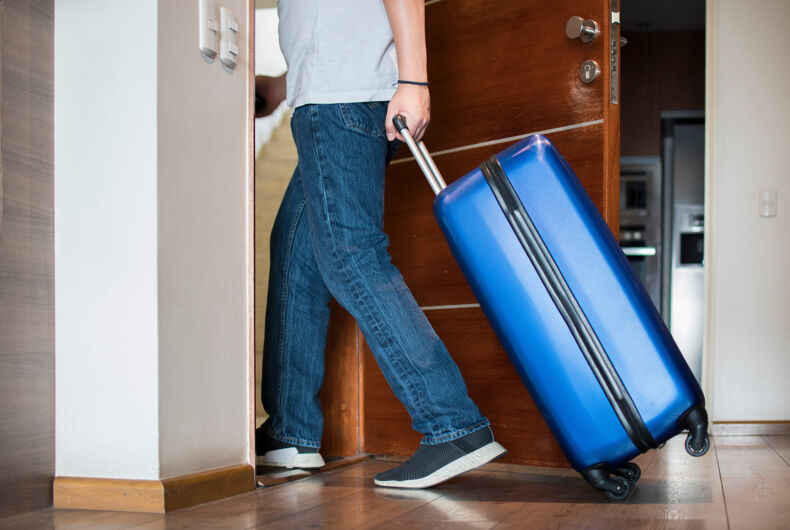 When a 20-year-old man with autism went missing, a Florida woman and her sister told police that he had been kidnapped by a transgender gang who wanted to harvest and sell his organs.

It turned out that he voluntarily got on a bus to Chicago to escape his controlling mother.

On July 4, Odalys Heredia, the mother of Alejandro Suarez, couldn’t find her son. When his car was discovered that morning at a Mormon church, across the street from the Miami Dade College Kendall campus where he took classes, his mother and aunt contacted the police.

Inside the car was a note from Suarez which, he said, was “swiftly written.” The note said that he took his laptop, phone, books, skateboard, camera, clothes, legal documents, and own money to live a life “elsewhere.”

“The rest [of my belongings] can be sold or kept, because I will not return,” his note stated. “I am not open to contact either. I hope to live more person than human. I refuse to be helpless to the future…. Be assured I am safe. This was planned two years ago. Farewell. I love you all.”

When Suarez’s aunt, Yadira Saleh, contacted police, she wrote, “Alejandro’s mother’s greatest fear is he may be in danger of organ trafficking or any other trafficking,” adding that he “was worked and groomed for weeks or months” by “predatory gender non-conformists” who encouraged him to “cut all ties with family members,” The Miami Herald reported.

As proof, Saleh cited a 2015 United Nations report that mentioned organ “recruiters” and “brokers” who “house and groom victims” to sell organs to medical and healthcare companies. In reality, the report referred to organ trafficking in places like South Africa and Kosovo, not the United States.

Heredia also told police that her son “has the mentality of a 10-year-old and is unable to function on his own,” adding that he couldn’t have left town on his own because he “had no friends, and was unable to socialize with anyone other than family.”

“Alejandro doesn’t think like an adult,” she told the Herald. “I was giving him the tools so he could be an independent person. But he wasn’t ready to leave the house…. Maybe he is an adult because of his age, but you cannot call a boy with autism an adult.”

On July 13, a family friend even started a GoFundMe page to “help bring Alejandro home” which said he had “the mental level of a 5th-to-8th-grader.” The fundraiser raised $3,950.

However, evidence strongly suggests that the women and the fundraiser all misrepresented the Suarez’s mental abilities.

He graduated high school and was attending college. A 2018 report from a Miami psychologist said that, at age 16, he “did not exhibit any significant autistic traits,” adding, “He has been able to achieve academically and adapt well to his environment with no major significant complications.”

Suarez said his mother controlled what classes he took and what sports he played in school. She also required him to keep his hair short, and urged him never to sit with his legs crossed because it could cause gay men to hit on him, he said. Suarez also had transgender friends.

On July 11, Heredia and Saleh asked a probate court to sign an order granting full guardianship over him which would have allowed them to control where he lived, his purchases, and his right to marry, vote, or make medical decisions for himself. His aunt had to file the order because his mother had been convicted in 2008 on five counts of conspiracy to defraud Medicare. As such, she couldn’t apply to become his guardian.

Then Chicago police came knocking on the door of his friend’s apartment, where Suarez was staying. The police claimed they had a judge’s order (which they never showed) and asked him to go with them to the station. Suarez called his attorney and, upon the attorney’s advice, closed the door on the police. Suarez could hear his aunt yelling elsewhere in the apartment building.

A legal hearing declined the women their request for full guardianship. “I really do feel like I have room to breathe now,” Suarez told the aforementioned publication.

Brandon Wolf, a spokesman for the group Equality Florida, blamed anti-transgender political rhetoric for the mother and aunt’s actions.

“Unfortunately,” Wolf said, “these are the real-world consequences of an all-out assault on LGBTQ people, and really, marginalized people broadly. Words have consequences, and they have especially dangerous consequences when they are coming from powerful leaders in our country.”

GOP candidate claimed rabbis agree that abortion is as bad as the Holocaust. He couldn’t name one.

A bully punched a gay teen in the face for hugging another boy. He just got sentenced.