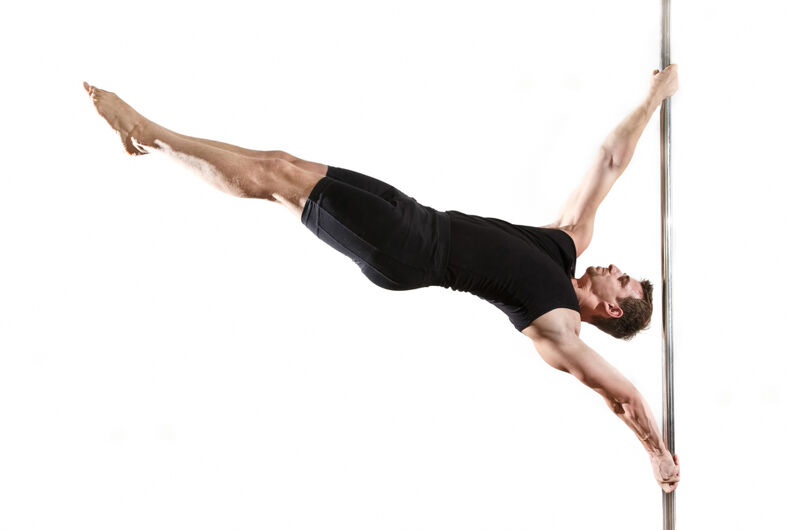 Doug Mastriano, who is the Republican candidate for governor of Pennsylvania, appeared to claim that there are elementary schools in the state teaching kids how to pole dance.

Mastriano was decrying the “sexualization of our kids,” which the right often uses as a way to describe talking about LGBTQ people and diverse families in the presence of children.

“On day one, woke is broke,” Mastriano said at a campaign event caught on video to applause. “On day one, pronoun games in elementary school are prohibited and banned forever.”

“On day one, the sexualization of our kids, pole dancing, and all this other crap that’s going on will be forbidden in our schools,” he said, getting even more applause from the gathered crowd. “On day one all the graphic- pornographic books that are in elementary schools will be pulled out. On day one and done, critical race theory is out the window.”

While he didn’t name any elementary schools in the state that are teaching pole dancing, his speech cited a few stories form this past year that Republicans have used as the basis for a moral panic.

His mention of pornography in schools, for example, isn’t new. Local activists and nationally recognizable pundits on the right have been claiming that books that mention LGBTQ people are pornographic even though they are not.

In August, Massachusetts secretary of state candidate Rayla Campbell (R) held up a book at a rally that she claimed was “child pornography” available in schools. Someone in the audience called the police on her since she was effectively admitting to possession of child pornography. The police officer who responded looked through the book – asexual and nonbinary author Maia Kobabe’s memoirs Gender Queer – and determined that it was not, in fact, child pornography.

Mastriano has already said that he would sign a “Don’t Say Gay” bill in Pennsylvania if elected. The bill would ban discussions of sexual orientation and gender identity in lower grades, restrict them in higher grades, and allow parents to sue school districts if they feel like the law was violated. Critics say that it is a way to effectively ban discussions of LGBTQ people in schools.

Real Clear Politics shows that Shapiro has a lead in most recent polls.