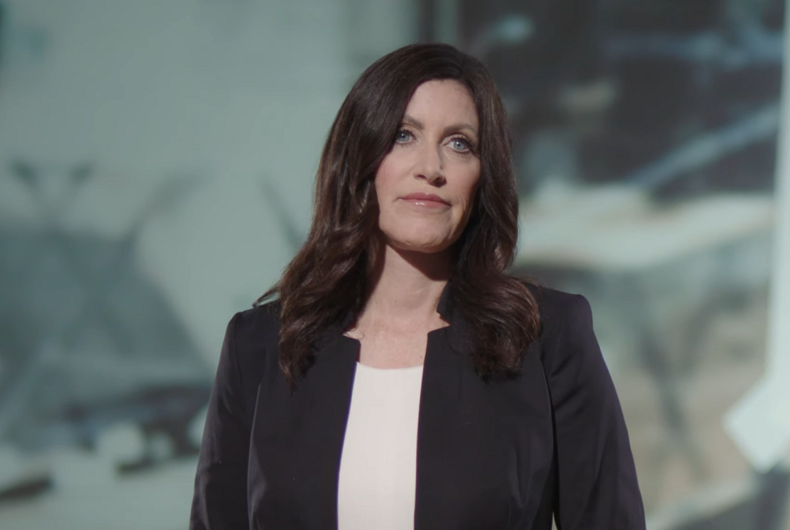 At least nine Colorado public school districts have debunked claims by Heidi Ganahl, the Republican candidate for the state’s governor, accusing educators of accommodating student “furries” who identify as cats and dogs.

Two statewide educational organizations have also condemned Ganahl’s claims as “exhausting” and “incredibly frustrating,” saying they disrupt learning and stress out teachers who are already overworked.

In a radio interview last week, Ganahl said that “schools are tolerating” students “identifying as cats.” She said in a recent debate with gay incumbent Gov. Jared Polis (D) that she had received over 100 messages from parents “across Colorado” mentioning the issue in their schools.

Her campaign also released a list of 30 schools where such issues had allegedly occurred, though the list didn’t detail specifics about the incidents themselves, The Denver Post reported.

The list was compiled in part by Jeffco Kids First, a local group that opposed distance learning during the height of the COVID-19 pandemic. The group is part of the so-called “parents coalition” behind Ganahl’s campaign. Jeffco’s co-founder, Lindsay Datko, didn’t respond to the aforementioned publication’s questions about the list.

“As a candidate for governor, but more than anything as a parent, my concern is that distractions like children dressing up in costumes at school detract from the reality that 60 percent of our kids are not performing at grade level,” Ganahl said. “It’s tragic that we are failing our children. We need to make them our priority.”

But officials from the Aurora, Boulder Valley, Cherry Creek, Colorado Springs, Denver, Douglas County, Jefferson County, Mesa County Valley, and Weld County school districts all told the Post that no such incidents have ever occurred in their schools. District spokespeople pointed to school dress codes and other policies that prohibit such behavior in the first place. Several schools called her claims “baseless” and said there’s “absolutely no truth” to them.

Additionally, the Colorado Association of School Executives and the Colorado Education Association both described Ganahl’s claims as false, stating that no educators, administrators, or districts have reported anything matching them.

Bret Miles, the executive director of the Colorado Association of School Executives, added, “This vicious rumor – it’s been debunked how many times already? Now it’s out there again, in our governor’s race…. School districts are spending time chasing down storylines that were purely for political gain. They have nothing to do with what kids are experiencing at school, and it’s shock and awe. It’s just incredibly frustrating.”

Miles said that teachers are focused on making up for school time lost during the COVID-19 shutdowns, and the false claims are just one of many reasons why teachers are questioning whether they want to continue working in public education. “Politicizing the daily instructions of school and the daily work of a school is rising up the list of why people are questioning of why they want to be in this profession,” he said.

Various conservatives have repeated lies about schools recognizing furries as a gender identity, but fact-checkers and school districts have repeatedly debunked such stories as hoaxes. In reality, such stories are meant to bias people against transgender individuals and against transgender-inclusive school policies, since they mock the idea of living as one’s authentic self.

Numerous right-wingers and Republican candidates across the nation have repeated similar claims about student-furries, forcing school districts to debunk them as untrue.

Marjorie Taylor Greene says Joe Biden can’t define what a woman is, but she can’t even spell it