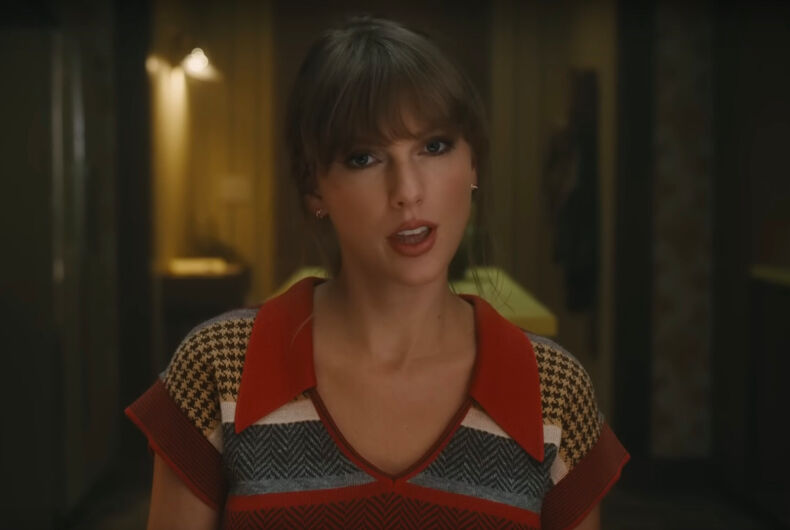 Taylor Swift in the video for "Anti-Hero"Photo: Screenshot

As you’re probably already aware as a citizen of the world, Taylor Swift has released a new album. Midnights, the singer-songwriter’s 10th studio album, dropped in the wee hours of Friday morning, and if you’re a Swift fan, you are probably listening to it for the 14th time at this very moment.

Now, obviously the hardcore Swifties—as her fans are known—are loving the album. But, for the more casual consumer of pop music, it’s worth taking a look at what critics are saying about Midnights.

The New York Times’ Ben Sisario calls the album a “return to the pop pipeline” after her quarantine-era, folk-tinged albums, Folklore and Evermore. Sisario also speculates that it could be one of this year’s biggest sellers.

“The song sounds like the collision of three different Swift eras: There’s the lacquered synth-pop of 1989, the neurotic image analysis of reputation, the dense lyricism of folklore and evermore,” Pitchfork’s Olivia Horn writes somewhat derisively of the album’s first single “Anti-Hero.”

But other critics have praised Midnights for melding the various modes in which Swift has worked over her career.

Rolling Stone’s Brittany Spanos writes that Swift’s ongoing project of rerecording her back catalogue – so far she’s released “Taylor’s Versions” of her 2008 album Fearless and 2012’s Red – has “unlocked something brilliant and fresh in her songwriting.” The new album, Spanos writes “may come as a surprise to the most newly turned fans of her music, those who only learned to like her songwriting when it came in the traditionally respectable Folklore/Evermore package. But like many of her purely ‘pop’ releases in the past, Midnights leaves more and more to be uncovered beneath the purple-blue synth fog on the surface.”

“With the first pulse of the first track, Midnights is back at the oasis of pop music steeped in synthesizers and programmed beats,” writes Variety’s Chris Willman. “If you’re looking for antecedents for Midnights, yes, think of 1989, Reputation and Lover — but think of those albums’ quieter, mid-tempo-and-under moments, like ‘Delicate,’ ‘Wildest Dreams,’ ‘Clean,’ even the sexy ‘False God,’ not the bigger blowout singles that propelled those albums into the stratosphere.”

“It’s an album that steadfastly declines to deal in the kind of neon-hued bangers that pop stars usually return with, music brash enough to cut through the hubbub. The sound is misty, atmospheric and tastefully subdued,” writes reviewer Alexis Petridis in a five-star review for The Guardian. He goes on to call Midnights “an album that’s cool, collected and mature. It’s also packed with fantastic songs and at a slight remove from everything else currently happening in pop’s upper echelons.”

Queer castings that TV executives got right in 2022