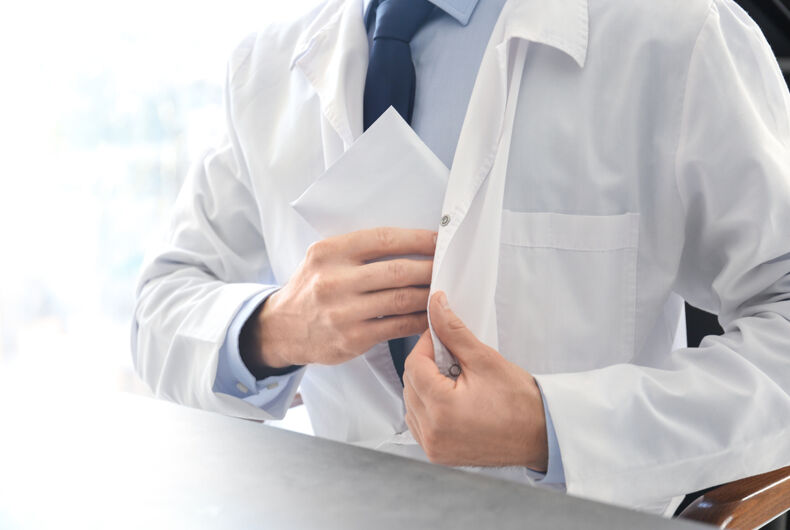 The offers have reportedly appeared on Telegram groups dedicated to helping Russian men flee the draft. These groups, containing tens of thousands of users, offer transportation to border countries as well as job opportunities and housing within them. They also offer forged government documents, currency exchange, and falsified HIV and hepatitis diagnoses, all payable in Bitcoin, according to the global tech website Rest of World.

“At the moment, the most effective way [to avoid being drafted into the Russian military] is to get a certificate that you have HIV or hepatitis,” one seller, who refused to share their real name, told the aforementioned publication. The seller’s claim echoes reports of men bribing doctors and injuring themselves in order to get medical exemptions to avoid service.

“Vendors offered HIV diagnoses that would be added to the Ministry of Health’s database, rendering someone as unfit for military service, for $620. A diagnosis of hepatitis goes for $820,” the publication added, noting that there’s a huge risk for buyers to be deceived since it’s difficult to confirm whether any of the offered services are genuine.

On September 21, Russia’s anti-LGBTQ President Vladimir Putin announced a partial mobilization of his country’s reservists, ordering 300,000 male citizens to aid in his ongoing invasion of Ukraine. Some of the orders have been deliberately issued to protestors who were arrested for demonstrating against the invasion, the Russian independent human rights project OVD-Info reported.

In response to the draft, protests erupted nationwide, and tens of thousands of Russian men began fleeing the country. Some bordering countries began closing their border crossings and suspended Russian tourist visas to prevent a flood of draft refugees.  Draft dodging is punishable by up to 10 years in prison and other penalties, thanks to a recently passed law, The Guardian reported.

The Russian conscripts are reportedly being sent into Ukraine with “low-level initial training,” Britain’s Ministry of Defense said in a late September report. There have been videos of crying Russian soldiers on the frontline, sending heartbroken text messages to their moms, and claiming they were lied to by their superior officers and recruiting agents.

In an October speech, Putin said that the war was necessary to stop Western countries from pushing LGBTQ “perversions” on Russian schoolchildren. His government released a racist and homophobic ad telling Russians not to flee to the United States, lest they be made to respect others who are unlike them. Putin’s soldiers have also reportedly been attacking and torturing civilians, focusing especially cruel treatment upon LGBTQ Ukrainians.

While the U.S. under President Joe Biden (D) has been providing billions in financial support and weaponry to Ukraine, political observers worry that such contributions will stop if Republicans take control of Congress after the November 2022 midterm elections.