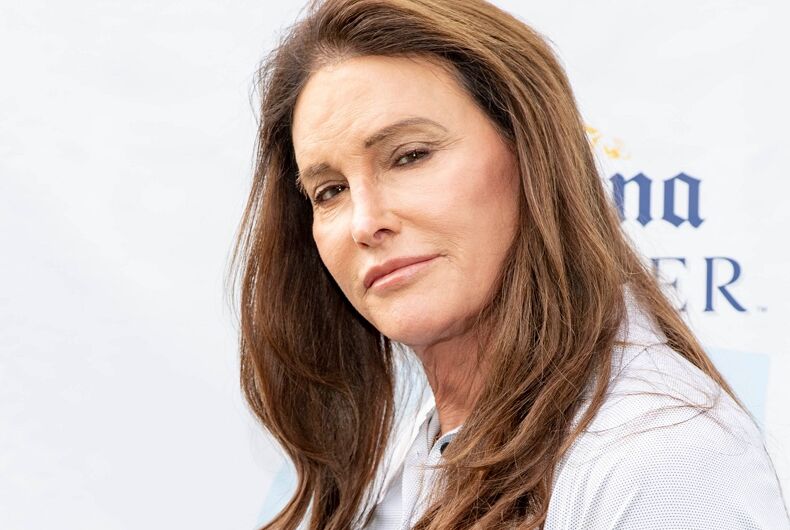 In an appearance on Fox & Friends, Caitlin Jenner claimed that in supporting trans people, the “radical left” has “hijacked and politicized yet another minority group.”

“As a result of their radical left and their use of identity politics agenda, they’re really driving this country apart,” said Jenner, who is an out trans woman. “I thought Joe Biden was supposed to be the great unifier, and all they’re doing is driving us apart.”

Jenner was speaking specifically to a story about a Vermont high school that refused to ban a trans student from using the girls’ locker room with her volleyball team.

Several girls on the team reportedly voiced their discomfort with the situation, but the school refused to violate state policy, which allows trans students to use the facilities with which they identify.

“Now, does this trans girl have the right under Vermont law to be on the team and to use the locker room? Yes, she does,” Jenner said. “Do these girls have the right to comment and tell the school board how uncomfortable they are being in a locker room with basically a biological boy with a penis? Absolutely, they do.”

“And what is the school’s solution to this? Well, let’s ban the ten girls who complain, the complainers, put them off in the corner in their own little part of the locker room and don’t do anything when it comes to this trans person. So honestly, everything is out of whack right now and these things have to stop.”

Despite being trans and a well-known athlete herself, Jenner, a former Republican California gubernatorial candidate, has repeatedly spoken out against transgender girls and women participating in sports as their gender identity.

She seems only to support trans women playing women’s golf, which is not a surprise considering it is the sport she likes to play.

And her position against transgender student-athletes was the very first issue she took a firm stance on when she ran for governor of California, saying in May 2021, “I oppose biological boys who are trans competing in girls’ sports in school. It just isn’t fair. And we have to protect girls’ sports in our schools.”

Jenner also expressed support for Florida’s Don’t Say Gay law, stating, “I’m a parent. I have a very large family, raised a very large family, have a lot of grandkids, and I have been in control of my children’s destiny and what they’re going to learn in school, not some math teacher teaching my kids about gender identity. I can teach those lessons.”