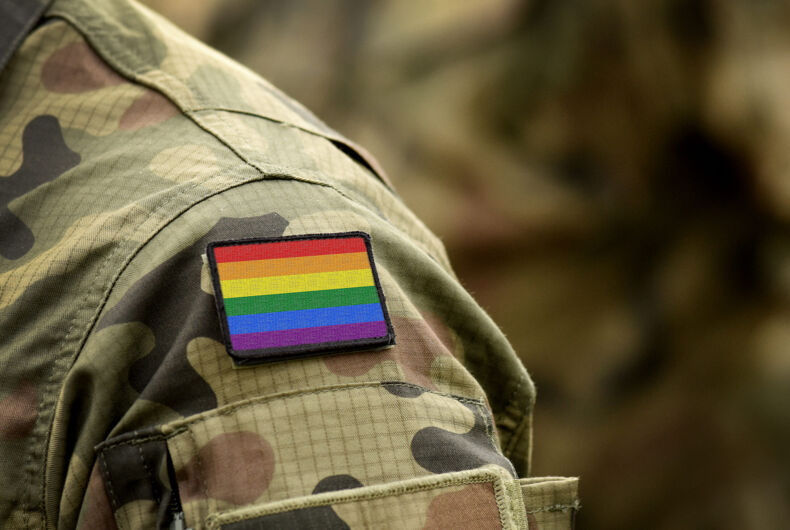 A major policy change from the U.S. Department of Veterans Affairs (VA) allows certain same-sex spouses of veterans to qualify for survivor benefits.

The VA requires couples to be married for one year for surviving spouses to qualify for survivor benefits and eight years for a higher rate of benefits.

Prior to the policy change, which was announced last week, many surviving spouses of LGBTQ veterans did not meet those requirements due to bans on same-sex marriages prior to the Supreme Court’s 2015 decision in Obergefell v. Hodges, which legalized same-sex marriage in the U.S.

According to the VA, “This wrongly precluded many survivors of those LGBTQ+ Veterans from becoming eligible for survivor benefits because their Veteran spouse died before the marriage met VA’s length-of-marriage requirements.”

According to Military.com, anyone who applies within the next year will get benefits backdated to October 11, 2022, but the benefits are not retroactive beyond that.

“VA is closing a gap in benefits for surviving spouses of LGBTQ+ Veterans, righting a wrong that is a legacy of the discriminatory federal ban on same-sex marriages,” Veterans Affairs Secretary Denis McDonough in the announcement. “It is VA’s mission to serve all veterans — including LGTBQ+ veterans — as well as they’ve served our country, and this decision is a key part of that effort.”

In July, 41 senate Democrats sent a letter to McDonough calling on the VA to ensure that same-sex spouses who were unable to marry before the Obergefell decision would be eligible for survivor benefits.

“It’s unacceptable to me that surviving partners of veterans have been denied the VA care, benefits, and services they deserve because they did not have the right to marry,” Sen. Patty Murray (D-WA) said in a statement following the announcement of the policy change. “I’ve been fighting for years to tear down barriers like these for our veterans, and I’m glad VA took this important step — but our work is not done.”

Lawyers for Larry Vilord, who appealed to the U.S. Court of Appeals for Veterans Claims last year after being denied enhanced survivor benefits given to those married at least eight years, said that the VA’s announcement left open questions and that the lack of retroactivity leaves out same-sex survivors who were never legally married.

Last week’s policy change follows the VA’s announcement last year that veterans given other-than-honorable discharges due to their sexual orientation under “Don’t Ask, Don’t Tell” would be eligible to receive full benefits.