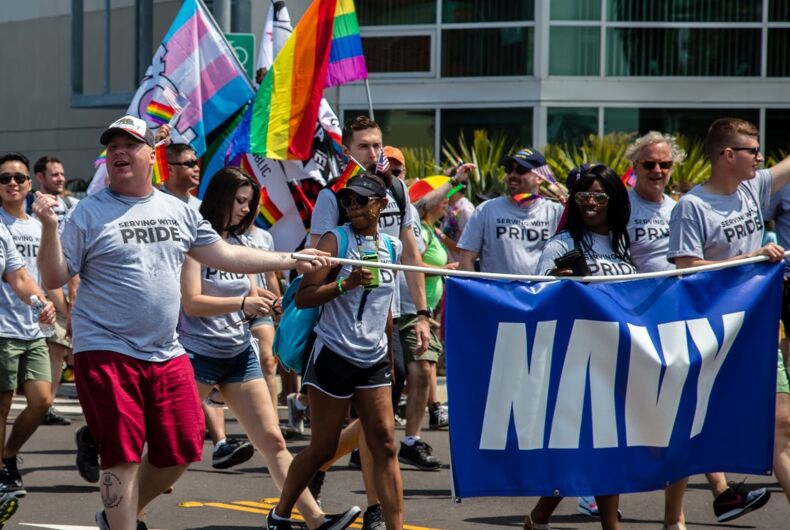 There have been a lot of big, attention grabbing stories in the news lately. A story that got a little bit of notice but not much last week was the 10th anniversary of the repeal of “Don’t Ask, Don’t Tell” (DADT), the policy  which effectively banned gay, bisexual, and lesbian Americans from serving in the military.

We saw social media posts from former President Barack Obama, who signed the repeal of DADT, and now President Joe Biden (who served as vice president when DADT was repealed) commemorating the anniversary and celebrating all the progress we have made since then.

We not only have a military today that allows gay, bi, and lesbian servicemembers but also is inclusive of trans American and other members of the LGBTQ community.

The important news related to that which hardly got any coverage in the press, however, was the announcement on the same day from the Department of Veterans Affairs (VA) that any veteran who were “dishonorably discharged” due to their sexuality during the DADT era will have all benefits restored to them.

The fact that this did not receive more attention from the media is very surprising, considering what a big deal it is. Tens of thousands of Americans were forced out from the military and deprived of their rightful benefits due to this unjust policy; that the government is finally righting this wrong is the beginning of a long overdue consolation of the pain and suffering that many people were put through.

Due to this change, all of those servicemembers who were affected will now have access to healthcare, disability compensation, and home loans among many other benefits from the VA.

This is just the beginning, however, of what needs to be done; the U.S. government should issue a formal apology to all these innocent people and also make the process easier for their discharge to be changed to an honorable one if that has not already happened.

“Don’t Ask, Don’t Tell” was a moral failing for America which had a real, detrimental impact on the lives of many of our citizens. We are finally beginning to turn the page on those years of darkness, and that is something we should celebrate and continue.