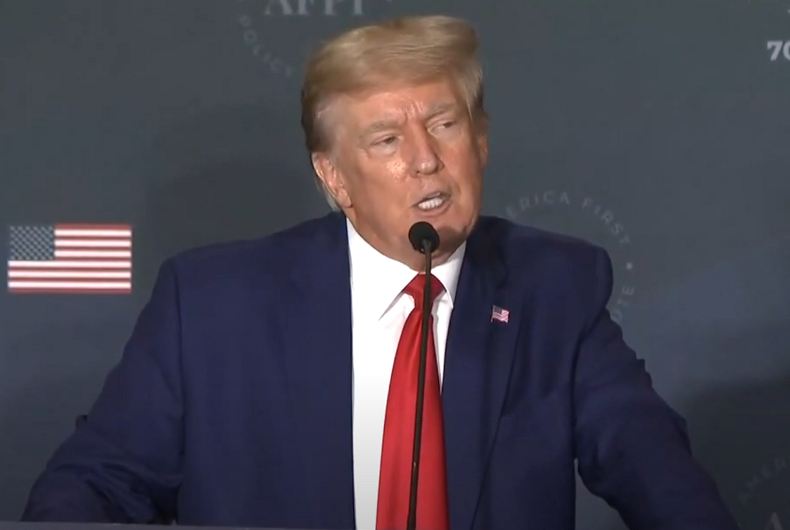 Among the many norms that the Republican Party has thrown overboard in its embrace of Trumpism is its condemnation of anti-Semitism.

Condemning someone who engaged in anti-Semitic tropes used to be as easy as condemning white supremacists marching with torches. Then, of course, Donald Trump reminded us that there are “some very fine people” among those white supremacists, so it was open game—literally—on everyone.

As a result, the Republican Party has now become the playground of white grievance. Inevitably, that’s led to a mainstreaming of anti-Semitism in the GOP ranks.

The most extreme example is the party’s candidate for governor in Pennsylvania, Doug Mastriano. As a Christian nationalist, Mastriano is one of the most extreme candidates on the ballot this year (which says a lot).

But he also has no problem with disgusting anti-Semitism. Mastriano has close ties to Andrew Torba, the founder of the far-right platform Gab, which the Republican Jewish Coalition describes as “a cesspool of bigotry and anti-Semitism.” Torba has produced a steady flow of his own anti-Semitic vitriol but that didn’t stop Mastriano from sitting down to do an interview with him.

Then there’s Kari Lake, the GOP candidate for governor in Arizona. Just a month after denouncing bigotry, including anti-Semitism, Lake endorsed Jarrin Jackson for a position in the Oklahoma legislature. Jackson has cited Jews as evidence that “evil exists” and frequently rails against George Soros and the Rothschilds for controlling the world.

At a Trump rally in Pennsylvania last month, Cynthia Hughes, founder of the Patriot Freedom project, bemoaned the harsh treatment her nephew, Tim Hale-Cusanelli, received as a convicted January 6 insurrectionist.

The crowd openly sympathized with Hughes, who neglected to mention that her nephew wore a mustache like Hitler’s and said that “Hitler should have finished the job.” Yet Trump and company thought she was a perfect speaker at his rally.

Of course, there was the other Trump rally, in Ohio, where the crowd lifted their fingers in a QAnon-inspired salute that was eerily reminiscent of a Nazi salute. That was so bad that Trump staffers asked people not to do that any more.

Trump himself has sent signals meant to gladden anti-Semites. In 2016, he ran an ad attacking the “global power structure” that featured three Jews – the financier George Soros, the then chair of the Federal Reserve Janet Yellen, and the investment banker Lloyd Blankfein. He also tweeted an image of the Star of David with piles of money to attack Hillary Clinton.

Anti-Semitism is all but inseparable from other prejudice, including anti-LGBTQ bigotry. The people who see diversity as a threat to America don’t make much distinction among groups that aren’t like themselves. It’s little wonder that a majority of Republicans would like to officially declare the U.S. a Christian nation.

Indeed, among the core of the GOP’s base, evangelicals, the distrust of Jews has been rising since Trump entered office. Those are the same people who would love to declare the U.S. a heterosexual nation as well.

Republican leaders will loudly declare that they deplore anti-Semitism. No doubt on an individual level, many of them do. But they are also doing nothing to excise it from the party’s ranks.

Just like they did with Trump, the party’s leaders have taken the path of least resistance. If anti-Semitism is what it takes to win votes and get power, well, that seems to be fine. Just chalk it up to another principle that the party has decided it can live without.