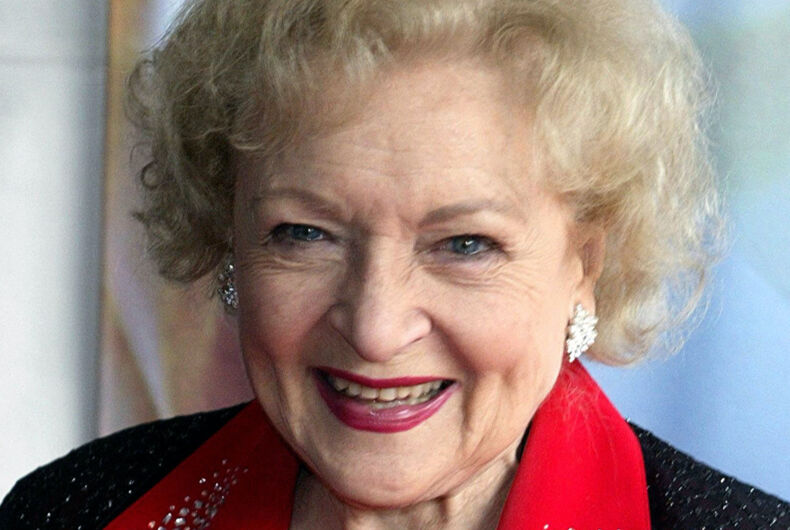 Fans of comedian Betty White — who died at the end of 2021 — can now own keepsakes from the beloved actress’s life, thanks to an auction taking place this weekend.

The auction features over 1,500 items, including “awards, scripts, wardrobe, and memorabilia from her iconic television shows and films, as well as furnishings, artwork, fine jewelry, household and personal items from her beloved homes in Brentwood and Carmel, California,” according to the auction description.

The available items include many related to The Golden Girls, the 1980s-era sitcom that made White a household name. The auction will offer White’s original director chair from the show’s set, the first draft pilot script that she read when auditioning, and a plaque from the show’s studio commemorating the series finale.

One can also bid on her numerous awards and nomination certificates; teleplays and handwritten notes from her extensive TV career; memorabilia related to her animal advocacy work; a variety of vintage books, paintings, and figurines; purses, gloves, headscarves, and other personal effects; as well as beautiful gowns, dresses, and assorted jewelry that she wore to awards shows throughout her career.

“Betty White was a beloved national treasure and a cross-generational icon who made us laugh for 80 years with her illustrious work on film, radio and television classics such as The Mary Tyler Moore Show and The Golden Girls,” said Darren Julien, President and CEO of Julien’s Auctions.

“We are honored to work with her Estate in this exclusive presentation of these precious artifacts and personal mementos from her storied life and career which will be offered for the first time at auction to the public, museum curators and her legions of fans worldwide,” Julien added.

Some of the items will also be auctioned off during a trans-Atlantic luxury cruise from New York City to Southampton, Britain in early August.

While White is best known for playing Rose Nylund on The Golden Girls, she had a long, barrier-breaking career both before and after that 1985 role. She was also beloved by LGBTQ fans for speaking in favor of marriage equality and against anti-gay bullying.