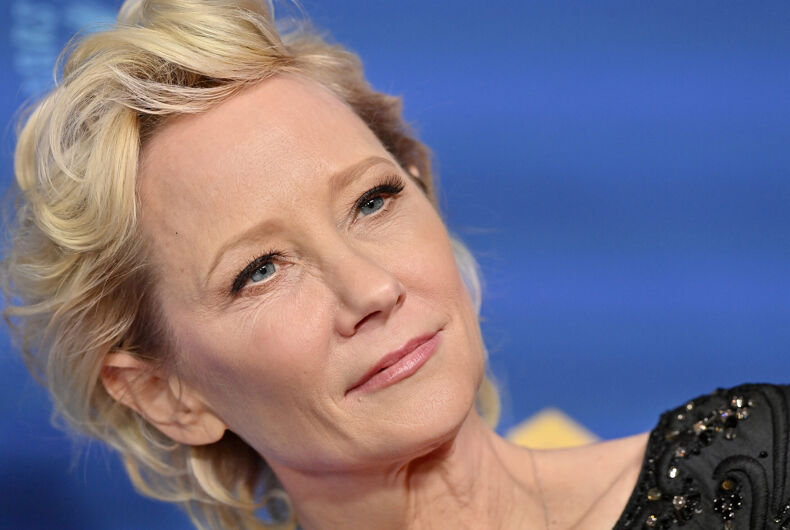 A memoir written by Anne Heche is getting published just months after her untimely death and includes new insights into her headline-grabbing relationship with Ellen DeGeneres in the late 1990s.

The sequel to the actor’s 2001 memoir, Call Me Crazy, was submitted to her publisher shortly before Heche died from injuries sustained in a fiery car crash in August. She was 53. The new tome, Call Me Anne, is slated for publication in January.

Heche and DeGeneres got together at the height of each other’s early fame in 1997. DeGeneres had just come out as gay on her ABC sitcom, Ellen, and Heche was on the big screen and earning kudos for roles in Donnie Brasco and Wag the Dog, both of which brought a Best Supporting Actress award from the National Board of Review.

Call Me Anne’s publisher shared excerpts of the book with the Associated Press.

“I did not, personally, identify as a lesbian,” Heche wrote. “I simply fell in love! It was, to be clear, as odd to me as anyone else. There were no words to describe how I felt.”

Mainstream magazines and tabloids alike filled in the gaps, as Heche and DeGeneres became Hollywood’s “It” couple, their photos splashed across covers at news stands and supermarket check-out lines. The headlines weren’t always supportive.

“I was labeled outrageous because I fell in love with a woman. I had never been with a woman before I dated Ellen.”

Before and after her groundbreaking relationship with DeGeneres, Heche was romantically involved with Lindsay Buckingham from Fleetwood Mac, comedian Steve Martin, Men in Trees co-star James Tupper and Thomas Jane from HBO’s Hung. She had a child with Tupper and another with cameraman Coleman Laffoon, whom she left DeGeneres for in 2000.

Shortly after her breakup with DeGeneres, Heche experienced a breakdown that found her wandering the outskirts of Fresno in her underwear, dehydrated and on ecstasy.

“Gay didn’t feel right, and neither did straight. Alien might be the best fit, I sometimes thought. What, why, and how I fell in love with a person instead of their gender, I would have loved to have answered if anyone had asked,” Heche wrote. “No one ever did. I am happy that I was able to tell you in this book – once and for all.”

Heche’s final public appearance was captured on doorbell cams in West LA as she raced through the streets in a Mini Cooper toward her end. As paramedics wheeled Heche to an ambulance, a helicopter recorded her lurching up from the gurney, only to fall back into a coma from which she never recovered.