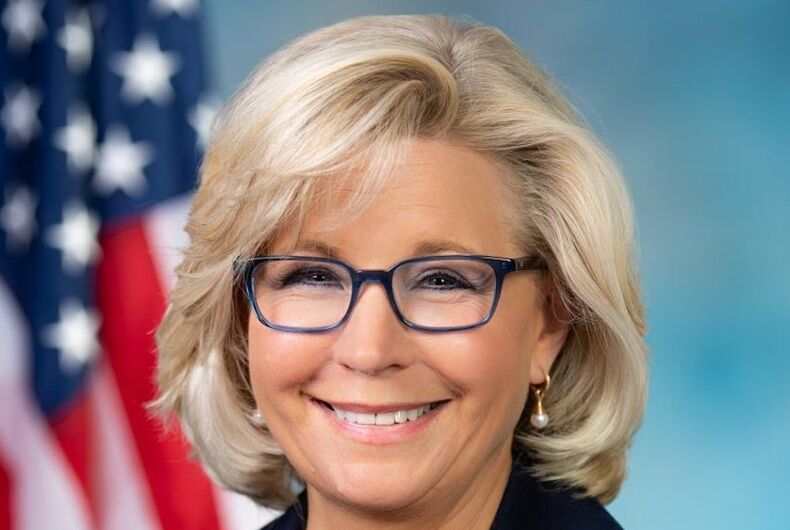 Rep. Liz Cheney (R-WY) lost her leadership assignment for standing up against former President Donald Trump. Last night, she lost her seat in Congress to Harriet Hageman, a candidate who Trump endorsed.

Cheney voted in favor Trump’s impeachment after the January 6 MAGA riot at the Capitol and has played a leading role in the subsequent investigation into Trump’s attempted to overturn the presidential election.

Now Cheney is becoming the face of the Never Trump movement – and rumors are swirling that she will run for President in 2024. She wouldn’t win, but she could spoil Trump’s stroll to the nomination.

Speculation has buzzed that Cheney would mount a primary campaign for months as her then-upcoming loss to Hageman quickly became evident.

“If I have to choose between maintaining a seat in the House of Representatives or protecting the constitutional republic and ensuring the American people know the truth about Donald Trump, I’m going to choose the Constitution and the truth every single day,” she said during the campaign.

“Two years ago, I won this primary with 73% of the vote,” she said last night. “I could easily have done the same again. The path was clear. But it would’ve required that I go along with President Trump’s lie about the 2020 election. It would’ve required that I enable his ongoing efforts to unravel our democratic system and attack the foundations of our republic. That was a path I could not and would not take.”

But when journalist Jake Tapper asked her about her broader ambitions a couple of weeks ago, Cheney hedged her bets.

“I haven’t really – at this point, I have not made a decision about 2024,” she said. “…But I do think, as we look towards the next presidential election, as I said, I believe that our nation stands on the edge of an abyss. And I do believe that we all have to really think very seriously about the dangers we face and the threats we face. And we have to elect serious candidates.”

But her spokesperson indicated that Cheney has a plan in place already that’s bigger than her own run for office.

“In coming weeks, Liz will be launching an organization to educate the American people about the ongoing threat to our Republic, and to mobilize a unified effort to oppose any Donald Trump campaign for president,” Cheney spokesperson Jeremy Adler told Politico.

The as-yet unnamed group would serve as a political vehicle for Cheney to continue raising her national profile while attempting to keep Trump from regaining office.

Cheney raised nearly $14 million for her losing race and didn’t spend much of it. She could use the money to support candidates who also oppose the Trump agenda or her own presidential campaign.

Sarah Palin moves forward in Alaska’s primary. But her in-laws won’t be voting for her.