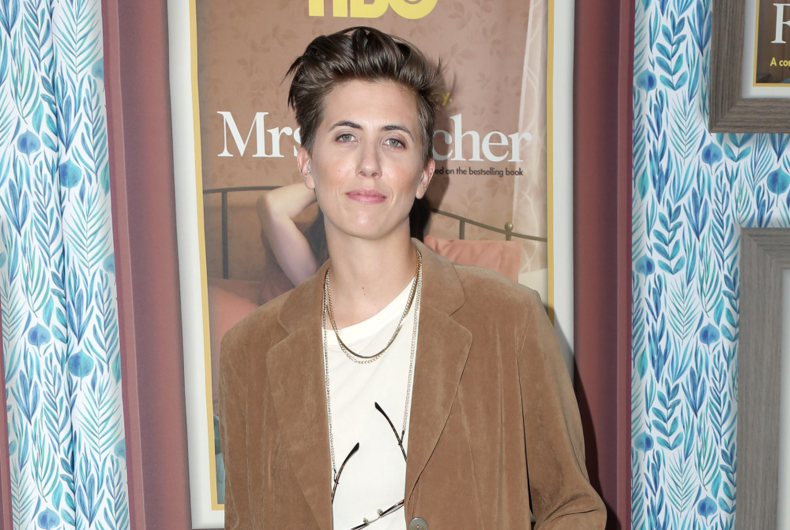 The Independent Spirit Awards announced on Tuesday that it is doing away with gender-segregated acting categories in favor of gender neutral awards. Beginning with the March 4, 2023 ceremony actors of all genders will now compete in two categories: “best lead performance” and “best supporting performance.”

The decision follows other major awards ceremonies that now feature gender-neutral categories, the Grammys, the Gotham Awards, and the MTV Movie & TV Awards among them.

“We’re thrilled to join the other festivals and award shows that are already moving to celebrate great acting without reference to gender,” Josh Welsh, president of Film Independent, said in a statement. “We’re also happy to welcome nonbinary performers into the Spirit Awards without forcing them to choose to identify as male or female.”

The move toward gender-neutral categories comes as non-binary performers have gained more of a spotlight in the entertainment industry.

In July, Grey’s Anatomy star E.R. Fightmaster described the process of campaigning for an Emmy Award as a nonbinary actor.

“I personally cannot abandon my identity and my community to receive an accolade, and that’s not to diminish the accolade,” Fightmaster told the LA Times. “It’s a career-changing accolade. It’s an award that actors work their whole lives for. Genderqueer actors should not have to abandon their identities to receive acknowledgement about their merit and their talents.”

A Television Academy spokesperson told the paper, “Regarding nonbinary performers, it is the decision of the individual to submit as either an actor or actress.”

Despite maintaining categories for best “actor” and “actress” in both lead and supporting roles, the Academy of Motion Picture Arts and Sciences is reportedly willing to customize Oscar statuettes and certificates with gender neutral language for winners. The Television Academy announced a similar move in 2021.

“It’s erasure,” Billions star Asia Kate-Dillion told NPR in 2021 after the nonbinary actor was asked by Showtime to choose whether to compete for best actor or best actress awards. “It’s exclusionary, and it continues to uphold a binary that is, ultimately, really dangerous.”

One argument against gender neutral performance categories is that it would disadvantage women in an industry that favors male talent. But USC clinical professor Alison Trope, who founded Critical Media Project, compared dividing categories between binary genders to having separate categories for performers of color in an industry in which white performers dominate awards season.

It’s also worth noting that categories like Best Director are already gender neutral.

And, as the LA Times reports, women have not been shut out of awards shows with gender neutral categories: an equal number of men and women received acting awards at both the 2021 MTV Movie and TV Awards and the Gotham Awards.