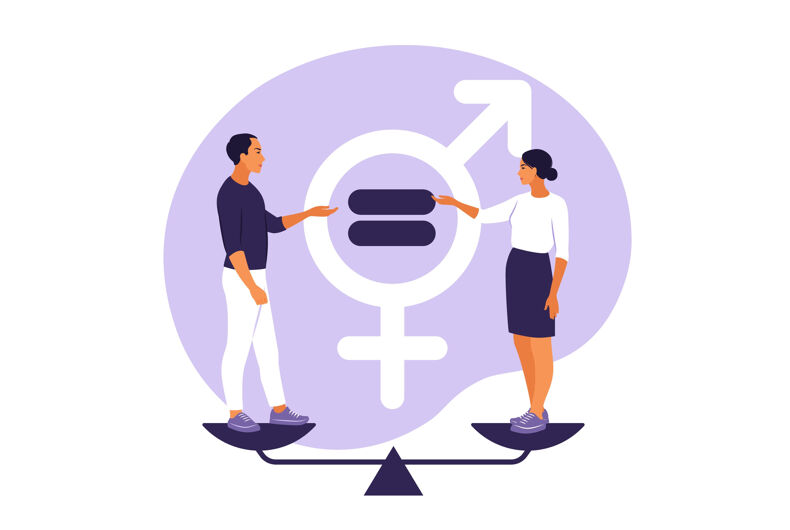 Here, we’ll take a closer look at what the symbol means and how you can use it to advocate for equality.

Related: All about the transgender symbol

What Is Gender Equality?

Gender equality is defined by USAID as “a state in which both men and women have equal opportunity to benefit from and contribute to economic, social, cultural and political development; enjoy socially valued resources and rewards; and realize their human rights”.

According to the United Nations, gender equality is “essential to achieve peaceful societies, with full human potential and sustainable development”. The UN also states that empowering women leads to “productivity and economic growth”.

Although women enjoy many of the same freedoms that men do in many countries, we have yet to achieve full gender equality around the world. Here are just a few statistics to support this:

Just recently, the US Supreme Court overturned Roe v. Wade and declared the right to abortion unconstitutional. This strips women and people who can get pregnant of the ability to terminate unwanted and high-risk pregnancies – and, in turn, their bodily autonomy.

The UN Secretary-General António Guterres states that “achieving gender equality and empowering women and girls is the unfinished business of our time, and the greatest human rights challenge in our world.”

Gender equality means that men and women enjoy the same rights, opportunities, and resources. Today, gender inequality usually means that women are excluded from attaining certain opportunities, barred access to important resources, and are also at higher risk of violence, harassment, abuse, and discrimination for their gender.

Gender diversity refers to the fair representation of men, women, and other genders in an institution, workplace, organization, or governing body. Hiring people from all walks of life and giving equal wages and promotion opportunities to all genders can promote better gender diversity.

Let’s break down the three main elements of the symbol:

The symbol for Mars is a circle with an arrow pointing upward and is said to represent the Roman god Mars or the Greek god Ares’ shield and spear. As Mars/Ares was the god of war, strength, and masculinity, the symbol has since been used to represent men.

The ancient Greeks were also known to associate certain metals with planets and thus assigned the symbols for their gods/planets to their respective metals. Iron is denoted using the male symbol or the symbol for Mars, as it resembles the color of the red planet when it rusts.

The female gender symbol is the symbol for Venus or Aphrodite, the goddess of love, fertility, and femininity. The symbol is said to represent Venus/Aphrodite’s hand mirror.

The ancient Greeks assigned the metal copper to the planet/god Venus. There are many theories as to why copper was associated with Venus, such as the fact that women apparently have higher levels of copper serum in their bodies than men. Copper is also believed to be essential to the growth of fetuses in the womb.

The equal sign has long been used as a symbol of equality and equal rights.

The United Nations Entity for Gender Equality and the Empowerment of Women (UN Women) uses an equal sign in its logo, which is made up of a women’s symbol and an additional line on the cross to form an equal sign. The circle of the women’s gender symbol is also depicted as a globe. According to UN Women, this creates “a new symbol to convey the message of equality for women worldwide”.

The Human Rights Campaign (HRC), a non-profit dedicated to ending discrimination against LGBTQ people, helped popularize the equal sign as a symbol of equality by using it as the primary symbol in their logo – a blue square with a yellow equal sign.

According to the organization, the HRC logo is “one of the most recognizable symbols of the lesbian, gay, bisexual, transgender and queer community” and “has become synonymous with the fight for equal rights for LGBTQ+ Americans.”

The gender equality symbol is an important way to show that we are working towards a world where everyone is treated equally, regardless of their gender.

Although we have come a long way, there is still more work to be done in order to achieve true gender equality. You can help spread the message of gender equality by sharing this article and the symbol itself, as well as speaking up against discrimination and inequality whenever you see it.