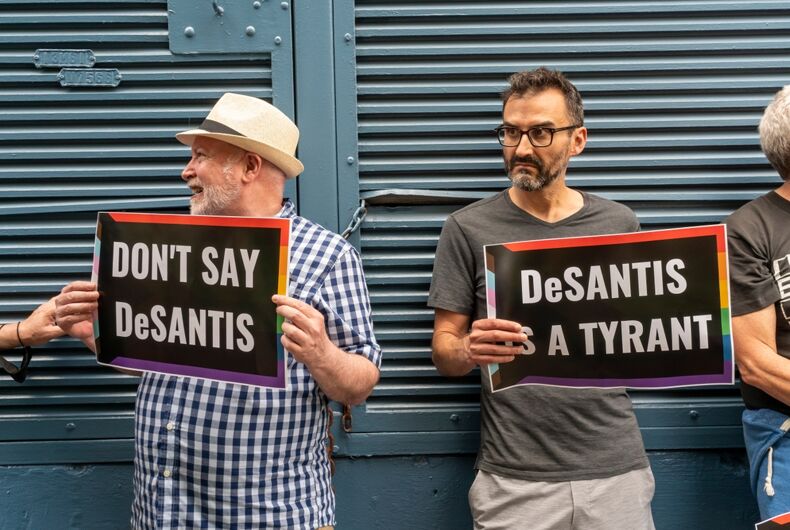 The Sarasota County School district adopted a new policy in the wake of the Don’t Say Gay law that requires teachers to out students to their parents if they identify as LGBTQ and to seek parental permission to refer to transgender students with the correct name or pronouns.

The new policy says: “If a student tells us that (they) are gay/gender questioning/trans, etc parent must be notified.”

A screenshot of a flow chart that illustrates the process a student must follow to be referred to with the correct name and pronouns was leaked to WUSF. It shows that a teacher must contact administration if a student asks the teacher to refer to them with a certain name or pronouns. 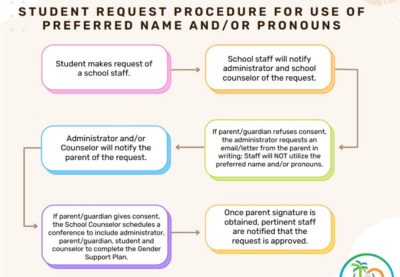 School board member Bridget Ziegler, who supports the policy change, compared outing LGBTQ kids to informing parents that their child has been suspended.

“What if a child was saying, ‘Hey, my parents are really strict, I’m afraid to tell them that I got a suspension.’ Why is it different? It’s not,” she told the Herald-Tribune.

One teacher said that the plan changes how she interacts with students.

“I have several kids that are transgender that have preferred names,” said Gail Foreman of Booker High School. “And you know, we had to tell them, if you want to use your preferred name, I have got to call guidance, and they’re going to get a hold of your parents, and then your parents are going to meet with guidance. So guys, don’t say anything to me, if you’re not out at home.”

Foreman said that she doesn’t want to have to out students at all to their parents because of potential child abuse and suicide.

“If they get ahold of the parent, the parent comes into school, we believe everything’s all hunky dory, and that kid goes home,” she explained. “And then we get a call that the kid’s committed suicide, that kid’s in the hospital because the parent beat the snot out of them. I don’t want to come home every night and know that I may have contributed to one of my students being harmed.”

Derek Reich teaches history at Sarasota High School and said that the district told him he’s not even allowed to call students by nicknames without parental permission.

“This last week, our school district told us that look, Jonathan, whose government name is Jonathan, if you want to call him anything else — like his friends call him John, his parents call him John. If you want to call him by his nickname, John, you have to get a permission slip for him to call any student that wants to be called by something other than their official name on their birth certificate,” he said.

“So there are so many minor things that teachers are concerned about. If I can’t call Jonathan ‘John,’ when everyone in his family does without getting a permission slip signed, that’s a really difficult place to be as a teacher,” Reich added.

The Don’t Say Gay law was passed earlier this year and bans discussions of sexual orientation and gender identity in younger grades and requires such discussions to be “developmentally appropriate” in older grades. The law has been criticized for being vague – instead of defining those terms, it simply allows parents to sue school districts if they feel that the law has been violated.