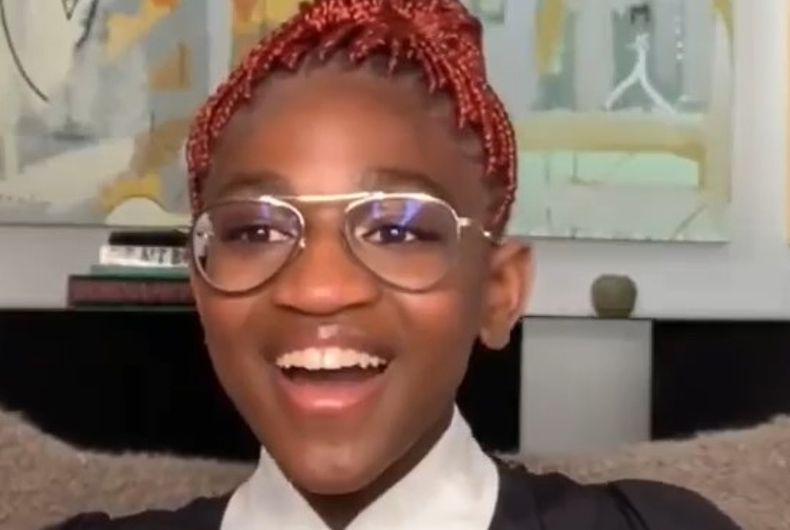 Zaya Wade got a big assist from her dad Dwyane on Thursday when the retired NBA all-star filed court papers to change his 15-year-old transgender daughter’s name.

The three-time Miami Heat champ’s petition, filed in Los Angeles Superior Court, states Wade has full authority to make decisions on his daughter’s behalf and that he notified his former wife and Zaya’s mother, Siohvaughn Funches, of the legal action as a courtesy. Court papers state the teen calls Hidden Hills home.

Zaya Wade came out as a girl three years ago when she asked her parents, Wade and actress Gabrielle Union, to call her by her new name.

Wade told Ellen DeGeneres in 2020: “Our then-12-year-old came home and said, ‘Hey, so I want to talk to you guys. You know, I think going forward, I’m ready to live my truth and I want to be a referred to as she and her, and I would love for you guys to call me Zaya.”

Wade filed for sole custody of his two kids with estranged wife and high school sweetheart Siohvaughn in 2007, alleging she exhibited threatening behavior, had affairs, and used abusive parenting methods.

“Now it’s our job to one, go out and get information, to reach out to every relationship that we have,” Wade told DeGeneres. “My wife reached out to everybody on the cast of Pose. And we’re just trying to figure out as much information as we can to make sure that we give our child the best opportunity to be, you know, her best self.”

In 2019, Wade and Union became active supporters of LGBTQ advocacy org GLSEN, a group dedicated to ending bullying and discrimination in schools.

“As a family, we believe inclusion and equality are two essential pillars needed to move towards growth and progressive thinking and action in our society,” Union wrote on Instagram announcing a $50,000 donation.

The Wades made headlines earlier that year when Union attended Miami Beach Pride with her stepkids and the couple’s daughter, Kaavia. The group posed on a parade float and Wade captioned an Insta post: “We support each other with Pride.”

“We are proud,” Wade told DeGeneres. “When I say proud, we are proud parents of a child in the LGBTQ plus community, and we’re proud allies as well. And we take our roles and our responsibility as parents very seriously.”