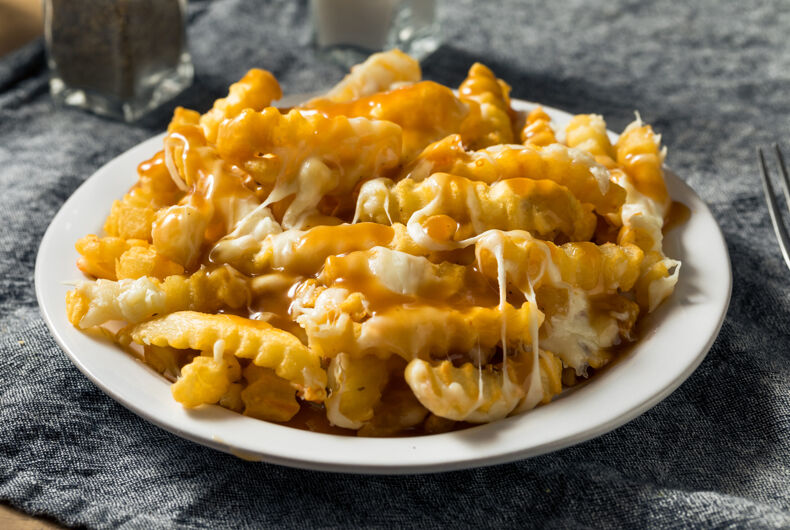 Back in June, Bon Appetit celebrated Pride by declaring that “Food is Queer.” In a series of profiles, interviews, and recipes, the magazine spotlighted LGBTQ restaurant owners, food activists, and dishes created by and for queer people.

The series brought to mind a question I’ve asked myself in the past: Is there such thing as queer cuisine? LGBTQ people are everywhere, of course, in all cultures, so it’s not like there’s one ethnic or regional style of cooking that can be described as queer.

I mean, I supposed one could ask what it is about gay trauma that drives us to either exert strict mastery over our bodies via stringently fat-and-carb-free diets or seek solace in rich cocooning comfort foods, but that’s a question for another time.

I agree with Bon Appetit that food is queer. All food. Any food prepared by LGBTQ people is going to be imbued with our experience, our values, our sensibilities, our tastes. So, maybe it’s not particularly useful to try to identify or codify an LGBTQ cuisine, per se. But to me at least, there is one dish that is indisputably queer: disco fries. I mean, disco is right there in the name!

Disco fries have their origins in the Quebecois dish poutine, which consists of French fries and cheese curds topped with brown gravy. When the dish made its way to the States, the curds were replaced with mozzarella, and it became a late-night diner staple, particularly amongst those who enjoyed them after a night of dancing.

It’s this that makes me feel that disco fries are emblematic of LGBTQ culture—our love of dancing, of gay clubs, which were for so long some of the only spaces where we could be ourselves, amongst our own people, where we get to experience being in the majority. Whether you’re eating disco fries at 4 am after dancing all night or making them for yourself at home, you’re eating something that speaks of the LGBTQ experience.

The disco fries I dream of depart significantly from the standard configuration. I first encountered them at Chelsea’s Diner 24 shortly after I moved to New York in 2005. Their recipe consisted of crispy shoestring fries draped in what I think was a brie sauce with thyme and truffle oil served in a big white bowl. Sadly, Diner 24 closed sometime in the mid-2000s, and I have been trying to recreate their magic ever since.

I can’t say I’ve ever settled on what you’d call a recipe. What I generally do is just Google “brie sauce” and pick a recipe that doesn’t seem too demanding, something that can serve as a template for the flavoring I remember. I just add a bit of white truffle oil and some dried thyme—fresh if I have any in the kitchen—to whatever I’ve managed to whip up before drizzling over some fries. It’s a lot of trial and error—alchemy, as they say. The point is that I’m reaching for this memory of something, the taste of a well-spent night on the town with queer friends, dancing and flirting and unwilling to let the party end. A dream of late-night chats and laughs over something delicious.

Now, should you be so inclined as to make your own fries, I recommend one of two methods from Nigella Lawson, queen of kitschy food. One, from her 2012 book Nigellissima involves slicing up potatoes and deep frying them in initially cold oil. Sounds wild, but it works, and involves less splatter than if you plunge them into a roiling vat of fat. The other is from 2018’s At My Table and requires a spiralizer to create delicate shoestring fries. There may be better or easier methods, but I work from the cookbooks on my shelf. (Also, there’s a not insignificant part of me that hopes that if I keep mentioning Nigella in my food writing, maybe she’ll notice me and we’ll become best friends! *sweating emoji*)

More often than not, however, I’m more than happy to just use frozen fries revived from cryosleep in the oven a little longer than indicated on the package to coax a bit more crispiness out of them. Literally, my kitchen game is shameless.

What does “gender expansive” mean?