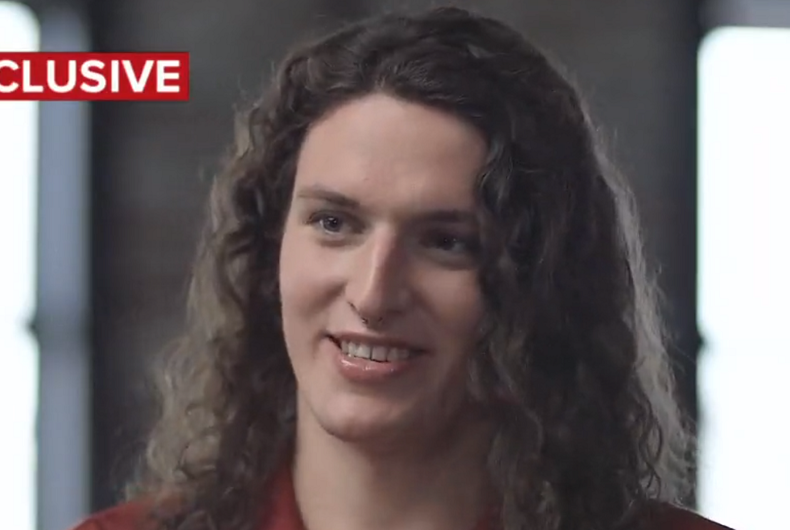 Lia Thomas has been nominated for the 2022 NCAA Woman of the Year award. The champion swimmer was nominated by her school, the University of Pennsylvania, as a Division I athlete for Swimming and Diving after facing unprecedented opposition to her participation in women’s events this year.

During the 2022 NCAA Swimming & Diving Championships in Atlanta, where she finished first in the women’s 500-yard freestyle event and recorded the fastest time of the NCAA season, protesters gathered outside with signs reading “Save Women’s Sports” and “Girls’ Sports for Girls Only,” some wearing blatantly transphobic T-shirts misgendering Thomas. Among the protesters was Idaho Rep. Barbara Ehardt (R), who authored the state’s H.B. 500, which would have banned transgender women and girls from competing in women’s sports had it not been blocked by a federal court.

Meanwhile, inside the event, ESPN.com reported that while other swimmers received applause the crowd was “noticeably quiet” when Thomas was introduced.

After her historic win, Thomas became the focus of attacks from right-wing media. Publications like Newsmax, Daily Mail, the Washington Examiner, Washington Times, and even local news broadcasters used Thomas’s achievement to attack the inclusion of a trans woman in sports. Anti-LGBTQ figures like Piers Morgan, Jesse Kelly, and Megyn Kelly criticized her participation in sports as a woman, many accusing Thomas of transitioning just so that she can win in women’s events.

EXCLUSIVE: "Trans people don't transition for athletics. We transition to be happy and authentic and our true selves."

In a June interview on Good Morning America, Thomas addressed those allegations. “Trans people don’t transition for athletics. We transition to be happy and authentic and our true selves. Transitioning to get an advantage is not something that ever factors into our decisions.”

“Trans women are a very small minority of all athletes,” Thomas told ESPN.com. “The NCAA rules regarding trans women competing in women’s sports have been around for 10-plus years. And we haven’t seen any massive wave of trans women dominating.”

White supremacists destroyed a Pride mural. The video they made got them arrested.