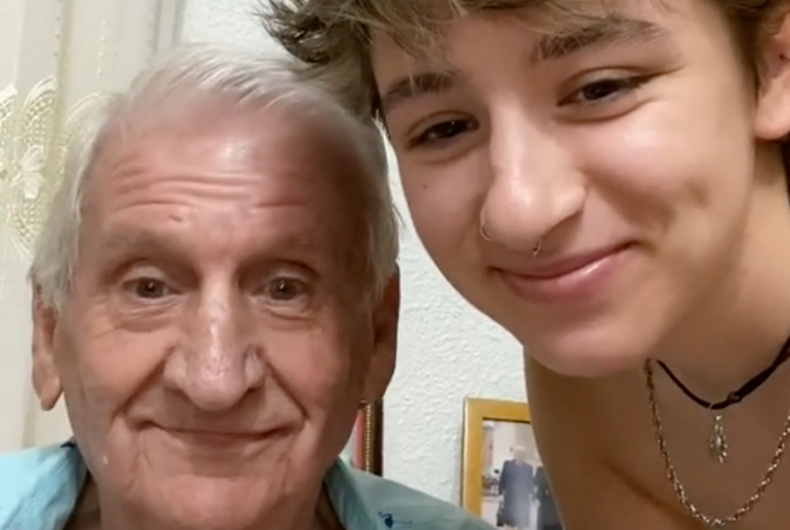 That was Nicolás Cazorla Fernández’s reaction when his grandfather asked the newly transitioned college student for a pic to replace his former likeness.

Cazorla Fernández, who attends college in Charleston, South Carolina was on a visit to Spain when his abuelo made the request.

He posted the moment to TikTok on Wednesday.

And the internet’s heart melted.

“I’m not crying y’all are,” one commenter posted.

“This makes my heart melt,” wrote another. 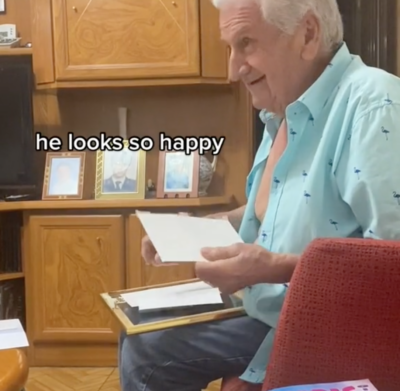 Cazorla Fernández, who started his transition earlier this year, has been posting videos of the process, including his gender affirming surgery. He’s racked up thousands of views.

He told Newsweek: “A video of me acting dumb in the hospital with my dad went viral and I realized that a lot of people in the trans community wanted to see more about what surgery entails. So I continued to post and every video I posted started blowing up.”

Cazorla Fernández’s abuelo moment dwarfed the rest, with over a million views and counting.

The tear-jerking TikTok shows his grandfather removing an old photo of Cazorla Fernández at his graduation and replacing it with an updated snap, then adding the frame to his collection of family photos.

“I posted this one specifically because a lot of trans youth are scared about what their family members will think or do when they come out,” he explained. “I was certainly worried about that too. I posted the video to show that it isn’t a generational issue — that being old isn’t an excuse to be unsupportive of family you are supposed to love.”

“It’s reasonable that people mess up your pronouns, or accidentally deadname you when you come out, but he didn’t have any issue. He has never flinched once.”

“As an older person, he is setting an example for the rest of the world. It means a lot to me.”

As one commenter posted: “We love Abuelo, absolute legend.”

What is a side? Are you one?