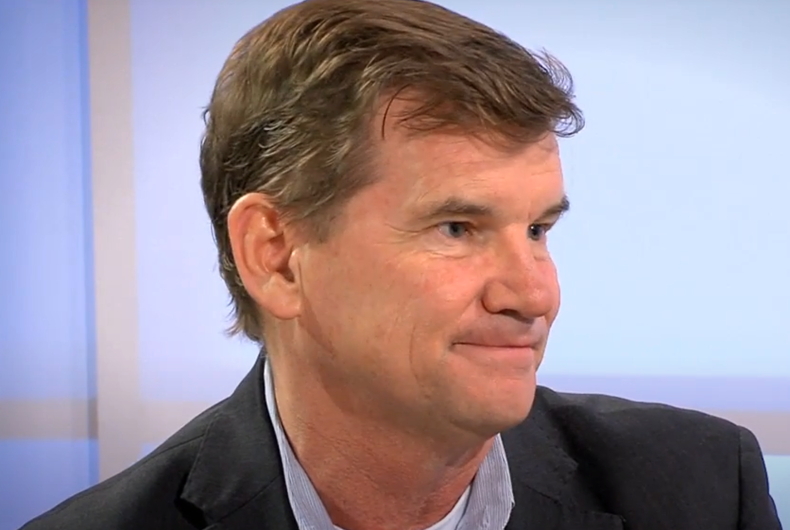 Evangelist Ted Haggard, who was ex-communicated from his own church in 2006 following allegations he regularly paid for a male escort and was a methamphetamine addict, is facing new claims of misconduct from members of the church he founded in that scandal’s aftermath, according to the Denver Gazette.

Haggard, who once counted 14,000 worshippers among his flock at the New Life Church in Colorado Springs and often railed against homosexuality and drug use from the pulpit, is accused by two young men of continuing his predatory behavior and meth use at Saint James Church, a congregation he started in 2010.

The individuals, one of whom was a minor when the alleged incidents took place in 2019, claim on tape that Haggard touched them inappropriately on several occasions at the church and during off-site activities.

“Sometimes when he touches me, it feels very predatorial and very strange,” says the younger of the two on tape. “He’ll touch me on my pecs or my back or hug me in a way that I’m sliding up his hip or the side of his thigh or his bum. You can kind of tell it’s weird.”

“There’s a lot of highly suspicious things that he does, and you’re like, ‘that doesn’t seem or feel normal.'”

Rev. Kirk “Seth” Sethman, who was ordained as a minister by Saint James Church in October 2012, shared the tape with elders in 2020, along with a letter demanding Haggard’s resignation.

“People are scared and worried and don’t want to be connected to him anymore,” says Sethman.

Sethman also claims another young man, a recovering drug addict, was approached by Haggard in 2012 to buy meth for the evangelist. Sethman says he confronted Haggard at the time, and Haggard admitted to having the drug, which he was preparing to use to celebrate his upcoming birthday.

Despite the revelations, Haggard remained in the Saint James pulpit.

But as news of the allegations began circulating among worshippers, membership dwindled.

“He’s such a powerful, influential, persuasive, and manipulative source,” said one former congregant. “But silver-tongued. A snake in many ways, who makes excuses and lies.”

Last year, Haggard moved the church’s services and study sessions to his home, forming a new congregation he calls the Storyhouse Church.

Haggard sold the Saint James building on April 1 for $1.95 million, according to county assessor records.

Haggard said in an online Easter sermon that 40 to 60 people have been attending his home services in recent weeks, and that he’s been preparing his home for a “new church model” by expanding a concrete pad in the backyard for outdoor services, and opening the basement to kids, who can use a pool table, play games and participate in other kid-friendly diversions.

On the tape provided by former Saint James pastor Sethman, the two young men also detail Haggard taking them and other teens and young men four-wheeling without shirts, and physical contact went beyond an acceptable shoulder squeeze.

One young man told Sethman, “It was really weird that Ted kept pushing him to go four-wheeling in the woods with him.”

This Week on LGBTQ Twitter: Synchronized swooning over Beyonce’s Renaissance