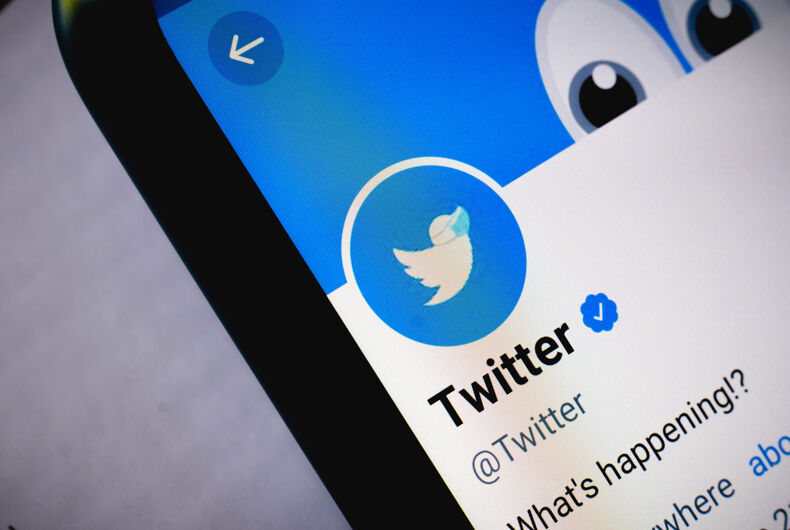 From right-wingers being funny without trying to the gays swooning over Beyonce’s new album, it was a good week on Twitter.

Related: Josh Hawley’s “Manhood” is being mocked online because, oh, the irony

Pronoun panic has conservatives lying about the Bible.

Talk about a win-win.

Hey Putin – give us back Brittney Griner and we'll give you back Trump.

It’s Monsoon season, in more ways than one.

This is how I knew @JinkxMonsoon was going to be crowned queen of all queens. This was 3 hours ago. It’s literally #MonsoonSeason in #LasVegas. #Condragulations babes. #DragRace #AllStars7 #rupaulsdragraceallstars7 #QueenOfAllQueens 👑 pic.twitter.com/ECTArop5oI

Don’t they know? Production of trans is at an all-time high…

A TERF just commented “the Trans Industry is collapsing” on one of my tweets.

Like, what industry are we in? The dance industry?

Lil Nas X says what we are all feeling about the new Beyonce album.

When your transphobic math just doesn’t add up.

Can’t be bisexual if there’s no women anymore https://t.co/w59ZRZBb3t pic.twitter.com/BjK3QhmLNr

Proof that it’s the metaphor that doesn’t fly, not gay marriage.