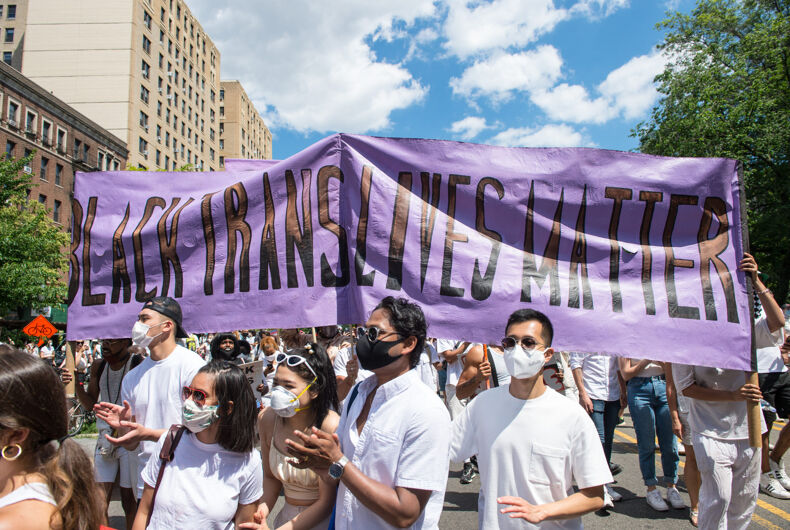 A provision of California’s prostitution law referred to as “walking while trans” has been repealed in a law signed by Gov. Gavin Newsom (D).

The Safer Streets for All Act was signed this past Friday, eliminating a provision of state law that prohibited “loitering in a public place” for the purpose of sex work.

The measure, introduced last February by State Sen. Scott Wiener (D), was passed by the state legislature in September.

“We’re experiencing a terrifying epidemic of violence against trans women of color, and we need to be proactive in improving their safety,” Wiener said while introducing the bill. “Our laws should protect the LGBTQ community and communities of color, and not criminalize sex workers, trans people and Brown and Black people for quite literally walking around or dressing in a certain way.”

The legislation also allows a person convicted of loitering under the defunct provision to petition for dismissal and sealing of their case.

In a signing statement Friday, Newsom clarified that sex work is still illegal in California. The new law repeals only the loitering offense that targets people for “appearing” to be sex workers.

Wiener “brought forth this legislation because the crime of loitering has disproportionately impacted Black and Brown women and members of the LGBTQ community,” wrote Newsom in a signing statement. “Black adults accounted for 56.1% of the loitering charges in Los Angeles between 2017-2019, despite making up less than 10% of the city’s population.”

The bill does not, however, “legalize prostitution,” the governor wrote. “It simply revokes provisions of the law that have led to disproportionate harassment of women and transgendered [sic] adults. While I agree with the author’s intent and I am signing this legislation, we must be cautious about its implementation.”

Newsom added that his administration will be monitoring crime and prosecution trends for “any possible unintended consequences,” which it will act to mitigate.

“Thank you Governor for once again showing that Californians stand with the LGBTQ community and communities of color,” Wiener said. “This discriminatory law targeted and profiled Black, Brown & trans women. It needed to go.”

Thank you Governor for once again showing that California stands with the LGBTQ community and communities of color.

This coalition was led by current & former sex workers and LGTBQ advocates. Thank you for your visionary leadership! @comebystjames @swopla @TransLatina_C @eqca

Iran just executed a gay man. He may be the third so far this year.