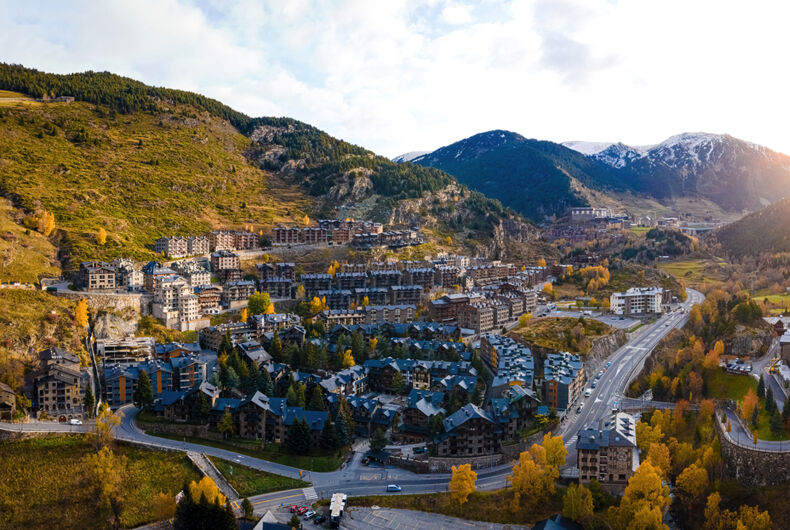 The nation of Andorra will be the 33rd country to recognize marriage rights for same-sex couples.

Lawmakers in the tiny nation – which has a population of about 77,000 and is smaller than the city of Chicago in land mass – voted unanimously to allow same-sex couples access to civil marriage.

“Today we vote for a law for all, which includes us all, a law of a modern country that ensures the free development of citizenship and bases its success on the most important nucleus of organization, the family, with all its diversity,” said Carles Enseñat, president of the Democratic Parliamentary Group.

Same-sex couples could form civil unions in Andorra started in 2014. A bill to recognize same-sex marriages was introduced in the parliament in 2020 but got pushed back ten times until it finally passed yesterday.

The new law eliminates the differences between civil unions and civil marriage and civil unions will be referred to as civil marriages now. It also adds rights for all couples as well, including no-fault divorce and alimony for spouses who did not have paid jobs during the marriage.

The new law also creates a system for transgender people to update the name and gender marker on legal documents without providing proof of medical care.

“It was not normal, nor fair, nor dignified for a country that calls itself modern,” Enseñat said. “The Code had to resolve this grievance and it had to do so with guarantees.”