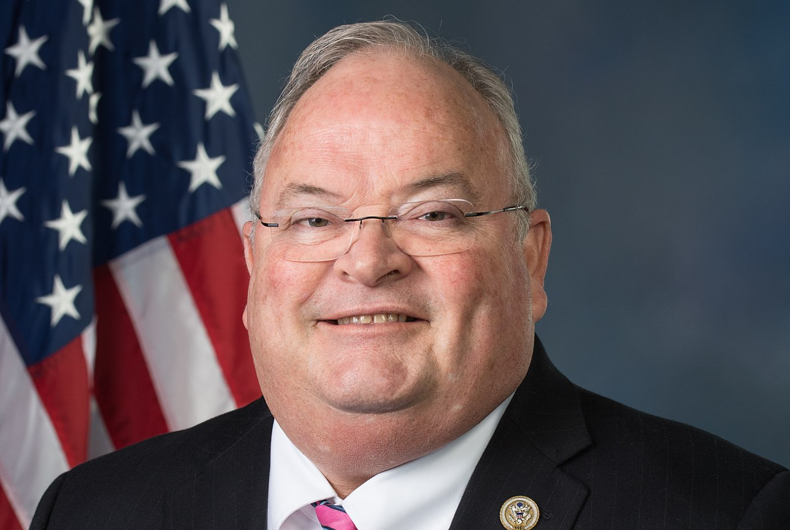 Anti-LGBTQ Rep. Billy Long (R-MO) is running for U.S. Senate this year, and he’s promising something that no one else is: making Donald Trump president again before 2024.

The last two items on the list refer to the Keystone XL pipeline – a project to build an over 2,000-mile-long pipe for oil from Canada to the U.S. – and Trump’s promised wall along the U.S.-Mexico border.

My #MOSen platform 1.) Get @KamalaHarris to resign 2.) Have @POTUS appoint #Trump as VP 3.) Get @JoeBiden to resign 4.) Finish #KeystoneXL 5.) Finish the wall

His plan was not well-received.

Did you format this on Excel?

Before you try running for Senate, maybe learn a bit about the Constitution. I mean, there's more to it than just the Second Amendment.

I know, they use a lot of big words but I'm sure you can manage it if you try hard enough.

that. And maybe you
shouldinvestin a
working keyboard.

My platform:
1. Win $500 million lottery
2. Age backwards
3. Fly on my own without a plane.
See how fun this is? My chances are better than yours.#VoteBlueIn2022

Were you repeatedly dropped on your head as an adult or something?

Long got national attention earlier this week for blaming school shootings on women who get abortions, even though most mass shooters are men.

“Unfortunately, they’re trying to blame inanimate objects for all of these tragedies,” Long said in a radio interview, decrying how Democrats are trying to pass gun control legislation. “When I was growing up in Springfield, you had one or two murders a year. Now we have two, three, four a week in Springfield, Missouri, so something has happened to our society and I go back to abortion. When we decided it was okay to murder kids in their mother’s wombs, life has no value to a lot of these folks.”

Long has gotten a score of “0” for years on HRC’s Congressional Scorecard, showing his solid opposition to LGBTQ rights.

In 2015, he said he was “disappointed” that LGBTQ people got the right to marry in all 50 states.

“This decision is troubling as it will overturn voter-imposed state bans on the practice, such as in Missouri,” Long said at the time. “I believe this decision directly removes and marginalizes the will of the people.”

“It undermines the very democratic principle America is founded upon and deprives states of their Tenth Amendment rights. I join many southwest Missourians in expressing frustration with the Court’s judgment, as it violates the traditional meaning of marriage.”