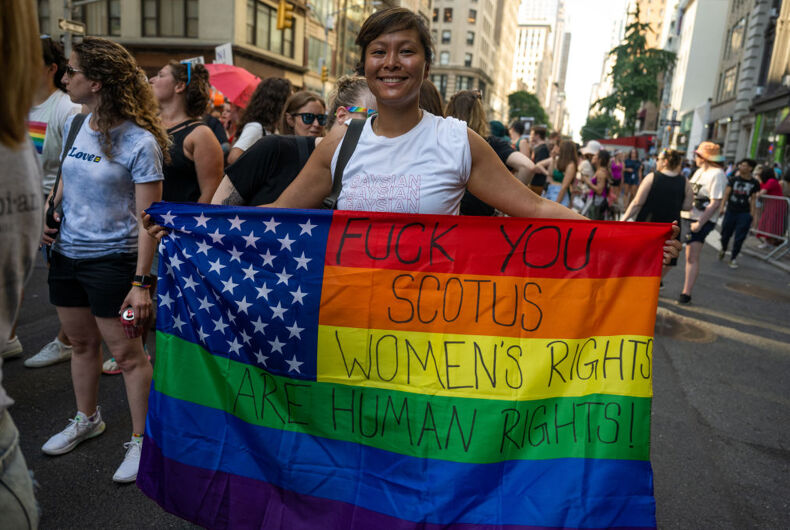 Practically everyone who isn’t a far-right extremist took to the streets over the past two days to protest the Supreme Court decision that took away women’s right to an abortion. Stripping citizens of a constitutional right is a dramatic departure from normal precedent and has been recognized worldwide as a vicious move by far-right Christians to impose their morals on American women. Because, Hillary’s emails, amirite?

Women worldwide joined together to oppose the Taliban-like move by the Supreme Court justices and the weekend’s Pride events were no exception – and the annual Dyke March showed the righteous anger. Today’s pic show’s a woman holding a “fuck you SCOTUS, women’s rights are human rights” painted over a pride-colored American flag in the 30th Annual New York City Dyke March on June 25. The Dyke March calls itself a march protest, rather than a parade. This year’s theme was Dykes for Trans Liberation.

We’ve also included a few other photos of protests from around the nation.

Boston Pride returns to the community

Is it more difficult to be queer or have a hearing disability?