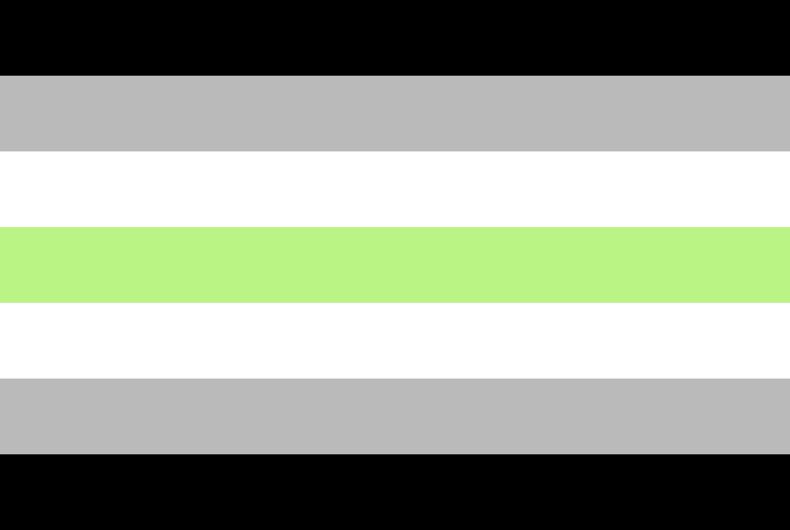 For the longest time, most of us thought of gender as a binary – you’re either male or female. But, today, more and more people are opening up to the idea that gender is more like a spectrum where a variety of gender identities exist. This doesn’t mean that gender non-conforming people didn’t exist in the past – we just didn’t have the language to express gender variance before.

One of the newest terms to come to light is “agender”, which describes people who identify as being neither man nor woman. “Agender” isn’t nearly as discussed as terms like “trans” or “non-binary”, but that’s not to say that agender people are rare or don’t exist.

Here, we discuss what it means to be “agender” at length, from the term’s “official” definition to what pronouns agender people use to how to support a friend who comes out as agender.

Related: Everything you need to know about neopronouns

What Is “Agender”? Meaning And Context

The official agender definition, at least according to the Merriam-Webster Dictionary, is someone who “has an internal sense of being neither male nor female nor some combination of male and female”. The dictionary also describes agender people as those whose gender identity is “genderless or neutral”.

But how can someone have no gender whatsoever? To put this term into context, let us explain the concepts of sexual orientation, gender identity, and expression or SOGIE.

It’s important to remember that gender identity, expression, and sexual orientation are all independent parts of your identity. What this means is that your sexual orientation has no connection to or impact on how you identify or express your gender. So, if for example, you identify as a trans woman, it doesn’t mean that you automatically become attracted to men.

Gender identity is your innermost concept of being male, female, or somewhere in between. For trans people, their gender identity does not align with their sex assigned at birth. Thus, they undergo various methods of transitioning so that how they feel on the inside matches how they look on the outside.

For non-binary people, on the other hand, gender is less of a binary and more of a spectrum. They don’t understand gender as a choice between black or white, but rather as a rainbow of different colors.

Non-binary is an identity in and of itself, but it is also used as an umbrella term for different kinds of gender non-conforming people. Other identities that fall under the non-binary umbrella include:

Finally, gender expression is how you outwardly express your conception of your gender, be it through your hair, makeup, and clothing or your behavior, mannerisms, and the way you speak.

What Pronouns Do Agender People Use?

Many people who fall under the non-binary umbrella, like singers Sam Smith and Demi Lovato, prefer to use they/them/theirs pronouns. However, it’s not safe to assume that all agender people use these pronouns – particularly as neopronouns like ze/zir/zirs and xe/xem/xyrs become more and more popular these days.

That being said, how can you politely ask for someone’s pronouns? When meeting new people, it’s always best to discuss your pronouns first when introducing yourself. For example, you can say, “Hi, I’m Robin. My pronouns are he/him/his. What’s your name?”

However, remember that some people don’t agree with asking for another person’s personal pronouns upfront, as this can make them feel like you’re putting them on the spot – something that can be incredibly uncomfortable for those who haven’t figured their pronouns out yet or who haven’t come out yet.

How Do You Know If You’re Agender?

You don’t need to take an agender quiz to figure out if you might be agender.

One way to figure out your gender identity would be to immerse yourself in the LGBTQ community. Join organizations, visit community centers, or follow LBTQ people online – you’re bound to meet someone who identifies as agender or non-binary.

Another thing you can do is read up about what it means to be agender and how agender people experience gender. Different people have different relationships with gender, so don’t be disappointed if one description doesn’t match yours.

For example, one person may feel like their gender simply doesn’t exist, or that they have never felt the need to associate their gender with anything in particular. Another person may describe their gender as a vague, amorphous blog that cannot be explained.

How Can You Support A Friend Who Comes Out As Agender?

So, a friend comes out as agender. How can you show your support as an ally?

As mentioned, it’s best not to assume someone’s gender based on how they look or even based on their gender identity. If someone tells you their pronouns, make an effort to respect their pronouns and to use them whenever you refer to them. If you make a mistake, be gracious about it, apologize, and move on.

As the term “agender” is fairly new, the gender identity is often misunderstood or, worse, perceived to be made up. Thus, agender people may be more susceptible to bullying, harassment, and violence, which in turn puts them at a higher risk of depression, anxiety, suicide, substance abuse, and homelessness.

Thus, one of the biggest ways to support an agender friend is to do your research and arm yourself with the proper terminology. That way, you ease some of the burdens off your friend, and you can also help explain some concepts to people who may not be as knowledgeable.

Agender people are those who do not identify with any gender. This can be a difficult thing to understand if you don’t experience it yourself, but it’s important to try your best to be supportive of your agender friends. Use the correct pronouns when talking about or addressing an agender person, and remember that there is no one right way to express gender.

Related: What you need to know about xenogender

What does genderfluid mean?