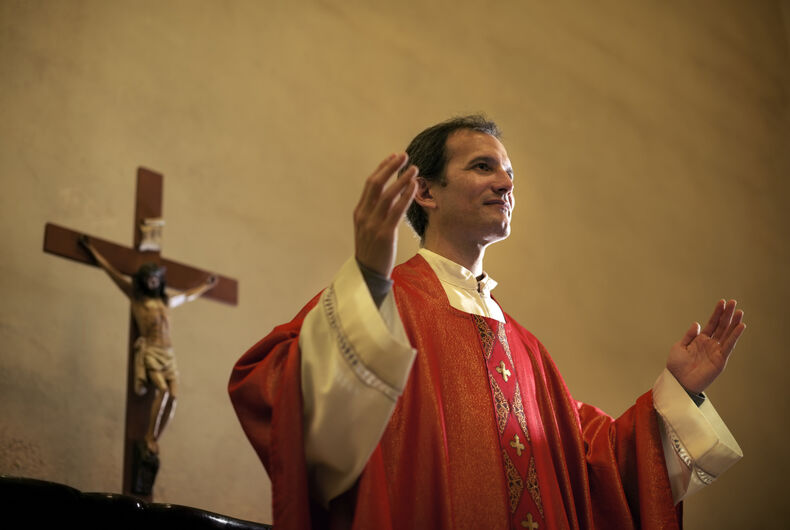 When members of the queer community seek positions at churches that view them as “undesirable,” the first question many of us have for them is often “why?”

Queer Christians understand that the church is against them and the LGBTQ community, but it’s hard to avoid that feeling of “This is what I’m meant to do,” right? However, does that mean the rest of us should raise our voices with them when they get fired from their job? The answer is that it depends.

Related: A gay waiter was humiliated & stiffed by “Christian” customers. Then TikTok stepped in.

In October of 2021, Matthew LaBanca, a teacher at St. Joseph Catholic Academy in Astoria, NY, was fired from his position after someone revealed that LaBanca had married his same-sex partner. LaBanca was obviously devastated to lose the stability, but he was most devastated from losing “the community life that has meant so much to me.” The school officials released a statement saying, “despite changes to New York State law in 2011 legalizing same-sex marriage, Church law is clear.” Freedom of Religion laws makes this dismissal completely legal.

Modern “Statements of Belief” or contractual guidelines from religious institutions are often explicit about their anti-LGBTQ viewpoint, but the community’s fight for survival cannot be won by arguing about what philosophical beliefs are correct. Its fight is for the same civil rights as heterosexual and cisgender people outside of the Church.

For instance, students should not be refused their education, especially when they oftentimes have little choice in the matter of where they get it from, nor should they be targeted while trying to receive it.

A national 2020 study designed and conducted by the Center for American Progress in conjunction with the University of Chicago, showed that “51 percent of LGBTQ respondents overall said they experienced harassment or discrimination in a public place… [among] Gen Z adults in the community, school was the likeliest place to encounter discrimination, at 46 percent, compared with 41 percent in public places.”

When an education system is not preparing students to live respectfully in a complex society, that is a time to step in.

Members of the LGBTQ community are often left with no recourse for dismissals or refusals to hire and public opinion often leans towards supporting the institution’s freedom of religion. Title VII of the 1964 Civil Rights Act permits “any employer [to] discriminate on the basis of religion if religion is considered necessary for the exercise of the job.” Unfortunately, there is only room to challenge refusals for hire or someone being let go when the job does not require evangelism.

It is worth acknowledging that queer Christians have a difficult road as both a person of faith and a member of the LGBTQ community. It would be wrong to assume the queer community’s opinion of their peers losing their jobs as “they got what was coming for them.” Our community is built on love and acceptance, but it is also difficult to be angry alongside them or even comfort them when they were helping propagate an institution that would see their LGBTQ peers suffer just for being who they are.

Headlines like “Teacher fired for being gay at Christian school” are always sad to see. When another one of us is let go because people different from us won’t accept us, even when we are trying to help contribute to something we believe is good, we all share that frustration on different levels. But to expect the lion to not harm us after walking into its den is only a hopeful wish, not a crime.

Columnist apologizes after forcing Rebel Wilson to come out